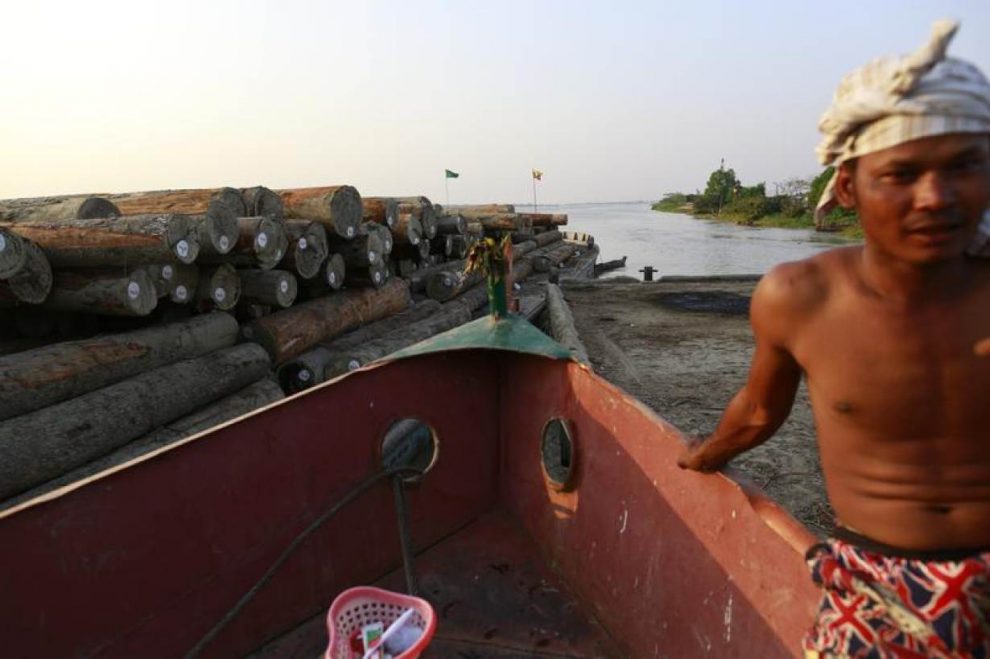 KUALA LUMPUR: Myanmar’s military coup and a potential ramp up in trade boycotts by foreign governments and business could fuel the risk of deforestation in the Asian nation, which is likely to turn to investors lacking environmental standards, green groups warned.

But since the coup, the United States, Britain and Canada have re-imposed sanctions on Myanmar’s ruling generals. The European Union is expected to discuss following suit on Monday.

Some corporations, meanwhile, have broken ties as human rights activists and consumers called for a stronger response.

Japanese drinks giant Kirin Holdings, for example, said it was cutting links with a military-owned conglomerate in Myanmar.

Thomas Enters, an Asia-Pacific forestry consultant who has previously worked in Myanmar for the United Nations, said Western business interests would likely be replaced by regional backers, as seen in other places like Cambodia.

“Other countries filled the void,” Enters told the Thomson Reuters Foundation, listing China, India, Thailand, Vietnam and Malaysia as buyers or potential investors in commodities like palm oil and timber in Myanmar.

“Their interest in socio-economic impacts, in human rights, is much lower,” he said. “The concern for the environment in big (investment) projects will definitely go down (in Myanmar).”

About 70% of Myanmar’s people live in rural areas and rely on the Southeast Asian country’s estimated 29 million hectares (72 million acres) of forests to provide for their basic needs and services.

Myanmar’s forests are one of its most valuable natural resources, but have been plundered by logging which helped fund the former military regime that ran the country for 49 years, before an unsteady transition to democracy began in 2011.

The poverty-stricken country has one of the world’s highest deforestation rates, according to the U.N. Food and Agriculture Organization, driven by agricultural expansion, infrastructure and power projects, mining and logging.

Most remaining natural forests in Myanmar are situated near borders, particularly along those with Thailand and China.

If international economic sanctions get tougher, they could push the military to allow logging activities to ramp up in a bid to boost government coffers, as happened after a U.S.-imposed import ban in the early 2000s, environmentalists said.

“Historically, forests in Myanmar had been abysmally managed and protected under the military junta, especially during their last decade of complete rule in the 2000s,” said Woods, adding any rise in ethnic conflict could also hinder forest protection.

But Enters said already extensive deforestation could limit the risk, noting a lot of Myanmar’s forest “is already gone”.

Meanwhile, any new trade sanctions coming from Western countries “are far less influential than they used to be”, he added.

Vietnam, India and China are key customers for Myanmar’s commodities, while Malaysia and Thailand are looking to invest in palm oil plantations there, he said.

Last year, Myanmar inked dozens of deals with China to speed up infrastructure projects as part of Beijing’s Belt and Road initiative to boost global trade.

In 2016, Myanmar introduced a ban on its lucrative logging operations to slow deforestation, but illegal logging still thrived in many border areas, forestry groups said.

But momentum has slowed in recent years, as the country prioritised infrastructure investment and trade, according to green groups.

They urged the military to allow civil society groups to continue to monitor and protect forests and indigenous communities.

“Since February 1, when the military took over the country, anybody doing business in the (timber) sector is going to be enriching a military regime,” said Doherty, who urged timber-buying countries to tighten their import regulations.

“Until the military is removed from controlling natural resources in Myanmar, I would say ‘don’t buy’.”