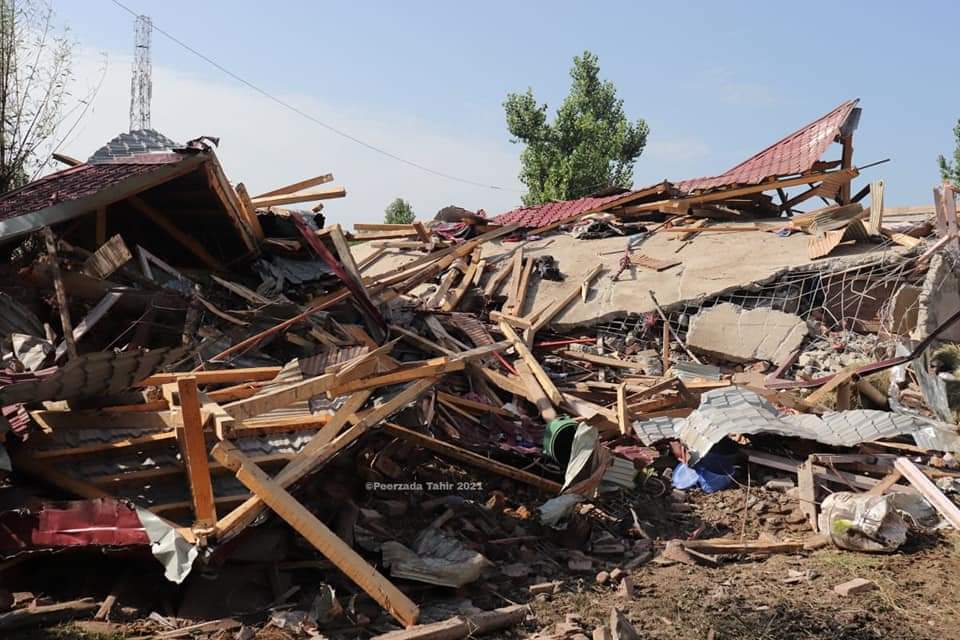 SRINAGAR: Jammu and Kashmir Police on Friday identified both the militants who were killed in a night long gunfight in Warpora area of North Kashmir’s Sopore.

In a statement, the Police said that based upon a specific intelligence input regarding the presence of militants in village Warpora Sopore, a joint Cordon and search operation was launched by Sopore Police, Army 22 RR, CRPF 179/177/92 BN in the area on 22 July 2021 at about 16:37 hours.

The police spokesperson further said that during search operation, the searching party while heading towards the suspected spot came under heavy volume of firing by the militants who were hiding in a residential house. The security forces retaliated the fire leading to an encounter and in the ensuing overnight gun fight, two militants identified as Fayaz Ahmad War @Rukana @Umar son of Gh. Mohi ud din War resident of Warpora Sopore & Shaheen Ahmad Mir @Shaheen Molvi son of Mohd Kamal Mir resident of Cherpora Budgam both belonging to LeT militant outfit were eliminated.

Some incriminating materials and arms and ammunition were recovered from an encounter site, he said.

Regarding the incident Case FIR NO. 195/2021 stands registered in Police Station Sopore, he said.

The slain Fayaz Ahmad War was a top LeT Commander and his elimination is considered a big success for the security forces and sever jolt to the LeT out fit. He was involved in a number of militant incidents, Civilian killings /attacks on Police/security forces establishments, reads the statement.(GNS)