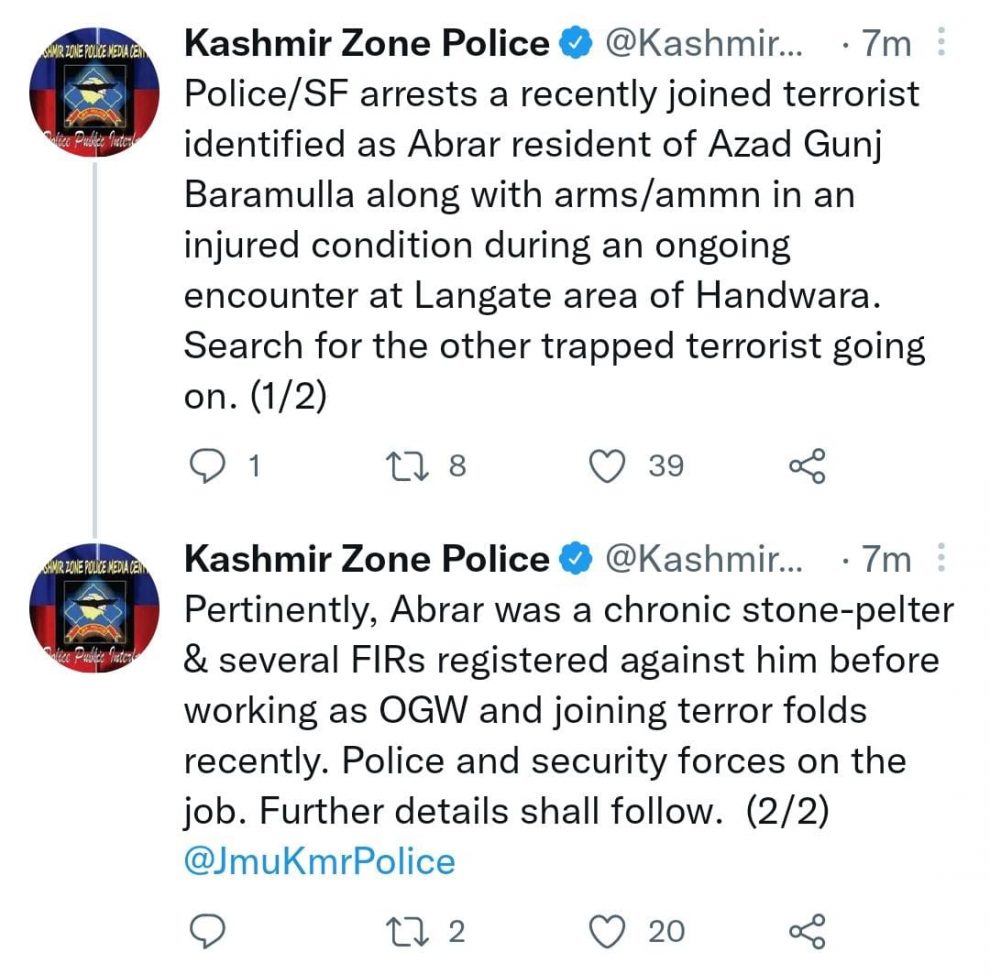 HANDWARA: A militant was arrested in an injured condition during an ongoing encounter with security forces at the Langate area of Handwara.

The Kashmir Police Zone in a tweet said, “Police and Security Forces arrest a recently joined militant, identified as Abrar resident of Azad Gunj Baramulla along with arms/ammunition in an injured condition during an ongoing encounter at Langate area of Handwara. Search for the other trapped militant going on”.

“Pertinently, Abrar was a chronic stone-pelters & several FIRs registered against him before working as OGW and joining militant folds recently. Police and security forces on the job. Further details shall follow, police said.