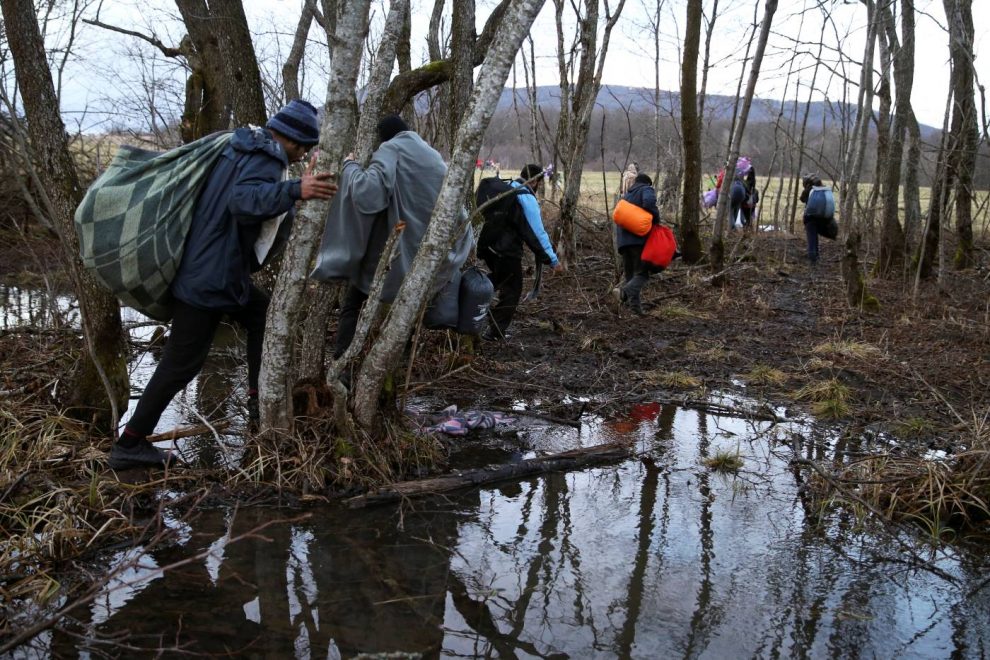 BIHAC, Bosnia: Hundreds of migrants from Africa, Asia and the Middle East were left stranded in the open air on Wednesday when an attempt to relocate them to another site in Bosnia after fire wrecked their temporary camp failed, police and migrants said.

Fire destroyed Camp Lipa, near the town of Bihac in western Bosnia, last week. The migrants were supposed to be transferred to the town of Bradina, about 320 km away in central Bosnia.

They were initially put onto buses and waited in cold winter weather for more than a day to be taken to another place. However, there was no final agreement on where they should go.

“The buses are leaving the Lipa area and the migrants have been left behind,” Nermin Kljajic, the interior ministry chief in Unsko-Sanska county, said on the Klix.ba. news site

Migrants got out of the busses and walked through muddy terrain and woods back to the burned camp. Bundled up in hats, scarves and winter jackets to guard against the cold, they caried their few possessions with them in bags, a Reuters journalist at the scene said.

“They commanded us to go to Lipa. We don’t know what to do and how to make a life there,” a young migrant from Afghanistan told Reuters.

The lack of an agreement among local authorities in Bosnia about where the migrants should go has complicated their lives. They have been trying unsuccessfully to cross the border with Croatia and carry on to wealthier countries of the European Union.

On Tuesday, local media had quoted Bosnian security minister Selmo Cikoti, as saying that the migrants would be moved to a military barracks in Bradina. But Finance Minister Vjekoslav Bevanda said there had not been any agreement.

“I think that each county should carry part of the burden of the migrant crisis,” Kljajic told Klix.ba.

Earlier, residents of Bradina had rallied to protest against the possible relocation of the migrants to their town.

Camp Lipa, which was opened last spring as a temporary shelter for the summer months, housed about 1,200 people and was due to be shut on Wednesday for winter refurbishing.

The central government had wanted them to temporarily return to the Bira camp in Bihac, 25 km away, which was shut down in October. But local authorities disagreed, saying that other parts of Bosnia should also share the burden of the migrant crisis.

The European Union, which had supported Bosnia with 60 million euros to manage the crisis and pledged 25 million euros more, has repeatedly asked the authorities to find an alternative to the unsuitable Camp Lipa, warning of an unfolding humanitarian crisis. About 10,000 migrants are stuck in Bosnia.