Where the Corona has made almost one and all powerful countries to go down on their knees the India is also not an isolated case. Thanks to the impasse, that by exposing us to our limitations of public health, condition of the labor, has realized us that all our efforts to secure our boundaries against any outside aggression cannot secure populace from furry like that of corona, an invisible enemy. We are required to concentrate on health sector in making populace of this country, a healthy society; we should be working for improving the living conditions of the poor rather than to be always favoring the business house beyond required limits. It has exposed us that we are not in a position to feed the living souls and all policies and programs for making the country world leader take us to the Hindi proverb ‘Mungeri Lal Ke Hasin Sapne’. In most required lockdown, it has made hunger and ‘relief’ the most pressing needs of the hour. According to section 2(m) of “Unorganized Workers Social Security Act, 2008”, “unorganized worker” means a home-based worker, self-employed worker or a wage worker in the unorganized sector and includes a worker in the organized sector. Unorganized workers include wage workers and wage workers include migrant workers. Lacking jobs and money, and with public transportation shut down, hundreds of thousands of migrants who have no job security or protection, were forced to trek often hundreds of miles back to their home villages – with some dying on the journey, noted United Nations High Commissioner for Human Rights (OHCHR). Since the announcement of the corona virus disease (Covid-19) lockdown, a huge number of migrant workers have left their places of work for their homes. High Commissioner for Human Rights, Michelle Bachelet said in a statement that she was distressed by the plight of the informal migrant workers affected, many of whom were, in effect, forced to leave the cities where they worked at just a few hours’ notice, unable to pay for rent or food. This class claimed its reason of migration as starvation owing to shut down of all establishments, and their employer failed to come to their rescue. Whereas “The Inter-State Migrant Workmen (Regulation of Employment and Conditions of Service) Act, 1979”, regulate the condition of service of inter-state laborers in Indian labor law. This Act speaks of the rights of interstate workers as: displacement allowance (Section 14), home journey allowance (Section 15) including payment of wages during the period of journey, suitable residential accommodation and medical facilities free of charge are mandatory for the employer. We observed total collapse of these rights and government maintaining silence appeared to be on the side of employers than workers. On March 31, when a PIL came up seeking measures to help the migrant workers, the government came out with version that there were no migrant workers on the roads anymore as governments had ensured that they were being housed and fed. The Supreme Court has unquestioningly accepted the Centre’s submissions that stranded workers are being well cared for. But what we observed visible on live media till on date, across India, lakhs of migrant workers, their livelihoods devastated by the nationwide lockdown to slow the spread of Covid-19, are walking hundreds of kilometers in an attempt to get back to their home villages greeted by batons. All the states behaved irresponsibly by creating boundary barriers to desist the entry of these migrant workers into their home state, believing that  migrant workers are spreaders of corona virus, creating a new world of risk for a vulnerable population. It was non-humanistic approach of the governments to divert away from its basic responsibility to take care of its subject. Politics shedding its dirty colors, Centre shifted the blame for the chaos on the states. In a nut shell the migratory workers have become a tasteful recipe for both government and opposition parties to keep its dirty politics alive. After about 50 days of chaos, government started ‘Shramic special’ trains to ferry this fraternity to their respective places.  We don’t require ‘Rocket Science’ to understand, while the Centre mounted a massive mission titled “Vande Bharat” to bring back Indians stranded overseas, it has not shown the same zeal in trying to get poor workers home. Critics have assigned reason of not taking care of these migratory workers, as not a vote bank for the political formations. India’s migrant workers are neither a vote bank nor a swing vote – most of the time, they cast no vote at all. They cannot afford to keep themselves away from their working as this population relies on daily income to survive. The Representation of People’s Act, 1951 requires the casting of votes at the place of registration. A vote, however, can be transferred, but the process is not that simple and they do not pamper this cumbersome exercise.

We know that lockdowns cannot continue forever. Pervasive challenges will remain for hundreds-of-thousands of migrant workers in India whose lives have upheaval their structure.  Restructuring strategies in India represents a massive logistical and implementation challenge given the population size and its density. Usually it is labor force to be hit by an economic downturn. Exit strategies must be carefully devised to ensure our societies and people recover. The enforcement of emergency measures needs to be applied fairly and humanely. These efforts should be fully resourced. All national efforts should seek to mitigate the impact of the epidemic on vulnerable groups. The millions of people who have little access to health-care, and who, by necessity, live in cramped conditions with poor sanitation, and no safety net, no clean water, deserve more attention. It demands decisive, coordinated and innovative action from all, and for all.  The Government should work shoulder-to-shoulder with civil society on the response, including the many non-governmental organizations already providing relief. 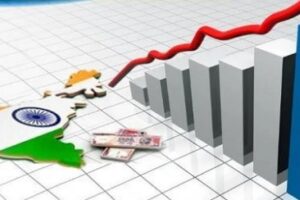 He can be contacted at [email protected]

Building national character
Round The States