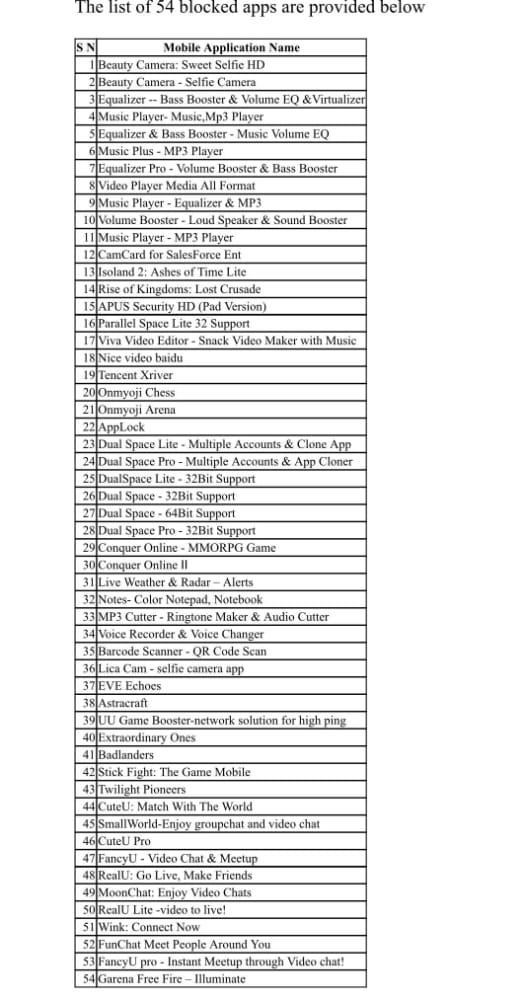 NEW DELHI: The Ministry of Home Affairs has recommended a ban on 54 Chinese mobile applications that pose a threat to the country’s security, officials sources said on Monday.

The Ministry of Electronics and Information Technology (MeitY) will formally issue a notification banning the operations of these apps in India.

This will be the second major action against Chinese apps.

In June 2021, the government had banned 59 Chinese apps, including the popular short video sharing platform TikTok, UC Browser, WeChat and Bigo Live, saying they were prejudicial to the sovereignty, integrity and security of the country.

Both moves came in the backdrop of India’s ongoing stand-off along the Line of Actual Control (LAC) in Ladakh with China.

The stand-off has been going on since April 2020.

India shares a 3,400 km-long LAC with China from Ladakh to Arunachal Pradesh.–(PTI)