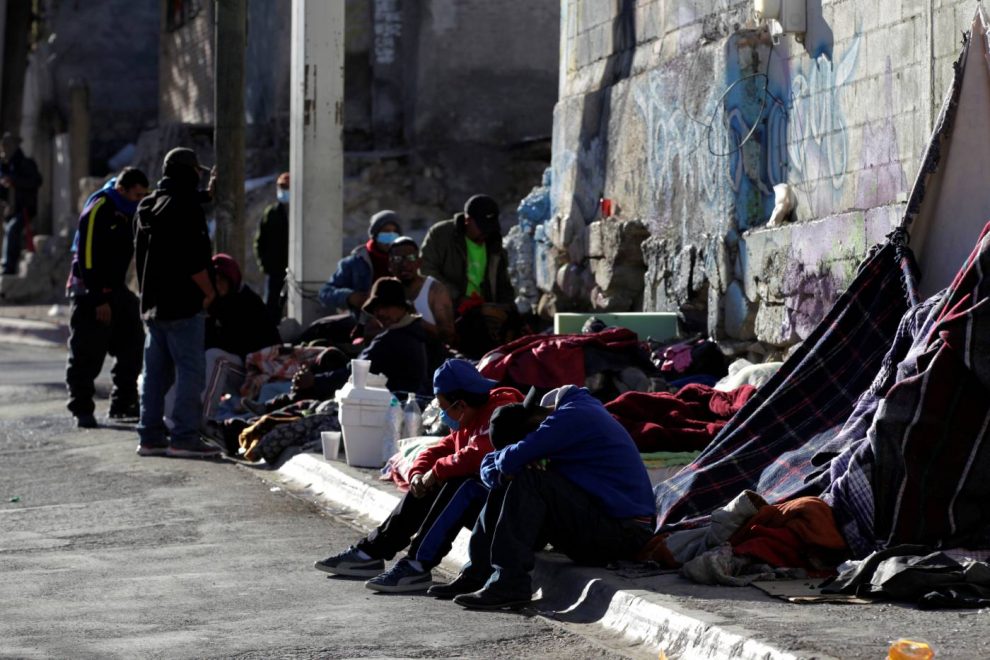 MEXICO CITY: Migrants and indigenous people in Mexico risk missing out on the coronavirus vaccine because the system currently requires an identification number not everyone in the country has, human rights groups have warned.

Authorities in the country, which has been hard hit by the pandemic, last week invited over-60s to sign up for a shot using their ‘CURP’ – a unique identification number.

That risks excluding the more than a million Mexicans estimated to have no birth certificate, as well as thousands of undocumented migrants in the country, many of whom are from Central America.

Several governments in Central America have also required documents not everyone has for vaccination, said the Alianza Movilidad Inclusiva en la Pandemia, a coalition of more than 30 organizations including Amnesty International and the Institute for Women in Migration.

In a statement Erika Guevara-Rosas, Americas director at Amnesty International, called on regional governments to ensure their vaccine systems were “putting people’s needs at the forefront of their policies without exceptions”.

At a news conference Saturday, representatives of Mexico’s health ministry said they were aware that some people did not have a CURP and were working on a strategy to reach that population.

It also said it would set up a call center to help those without internet to access the vaccine.

“The right to healthcare is universal and Mexico totally has the position that the entire population in Mexican territory should be protected,” said Gabriela del Carmen Nucamendi, director of epidemiological surveillance of non-communicable diseases.

The Health Ministry did not immediately respond to a request for further comment.

Countries around the world have struggled with the question of whether and how to vaccinate undocumented people, migrants and refugees.

Mexico suffered at least 274,000 more deaths than expected in 2020, according to government figures. Since it began vaccinating in December, it has given out some 713,000 doses – mostly to health workers.

Gretchen Kuhner, co-founder of the Institute for Women in Migration, said more information was needed on how people without a CURP could access vaccines.

“Then we can accompany our clients and people in the immigrant community to ensure that they do have access,” she told the Thomson Reuters Foundation.

“There’s probably going to be lots of people who fall through the cracks,” she added.