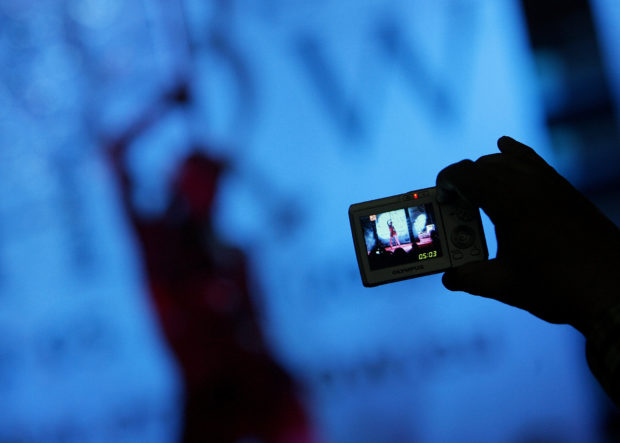 Known as Olimpia’s law, the measure would ban the sharing of ‘sexual content’ without the subject’s consent and ban the promotion of sexist stereotypes and hate messages online.

The Senate in an 87-0 vote approved the measure, which calls for prison terms of three to six years and fines for perpetrators.

“This was one of the debts that we had with all women, girls and teenagers,” said Sen. Martha Lucia Micher, president of the government’s Gender Equality Commission, adding that she had been a victim of the phenomenon herself.

The measure is named after Olimpia Coral Melo, who became an activist after finding a video online of her and her then-boyfriend having sex when she was 18 and vowed to help outlaw the practice in Mexico.

Her campaigning led to laws being passed in multiple states, but Thursday’s vote was a crucial step toward creating a federal ban.

Some critics have said the measure is too focused on criminal punishment and could harm victims who want to avoid a judicial process.

Digital rights group R3D said it would give prosecutors the power to bring cases regardless of the victim’s will and punish those who share content, even if they were unaware the subject had not consented.

“The proposed reform is focused exclusively on punitive measures, … exposing the people affected to processes of revictimization,” R3D said in a statement.

The bill will now pass to the lower chamber for consideration.

‘As though we are dead’: Unable to vote, Myanmar poll robs Rohingya of hope
First gay Black congressmen Jones and Torres say ‘no choice but to fight’
Comment