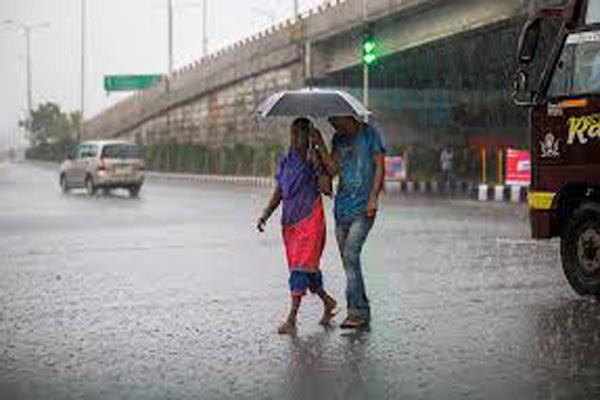 SRINAGAR: Weatherman forecast light rain at isolated places towards afternoon today and tomorrow as well as scattered to widespread moderate spell during May 3-5 in Kashmir Valley.

“At present, weather is generally cloudy throughout Kashmir and hilly areas of Jammu,” a meteorological department official said on Friday.

“(There is) no large change. A brief spell of light rain may occur at isolated places of Kashmir towards late afternoon, today n tomorrow,” he said, adding, “There’s no forecast of any significant weather.”

He said a Western Disturbance (WD) was most likely to cause scattered to widespread moderate rain and snow during May 3-5. “The forecast is being monitored closely, as it may change as the day comes nearer.”

The official said that Srinagar recorded a low of 12.5°C against 12.2°C on the previous night. The temperature, he said, was 3.2°C above normal during this time of the year for the summer capital.

Qazigund recorded a low of 11.4°C against 9.0°C on the previous night. The temperature was 3.6°C above normal for the gateway town of Kashmir, he said.

Kokernag recorded a low of 10.5°C against 11.6°C on the previous night. It was 2.4°C above normal during this time of the season for the place in south Kashmir, the official said.

Pahalgam recorded a minimum of 7.2°C against 6.4°C last night. The temperature was 2.8°C above normal for the famous resort in south Kashmir during this time of the season, he said.

Kupwara town in north Kashmir recorded a low of 11.6°C against 9.6°C on the previous night. The temperature was 3.8°C above normal for the district, the official told Global News Service.

J&K admin pays Rs 36 lakh as relief to the relatives of 12 infants, who had died after consumption of “unchecked spurious cough syrup” in Udhampur
‘Umran will be a roaring success if selected for India’
Comment