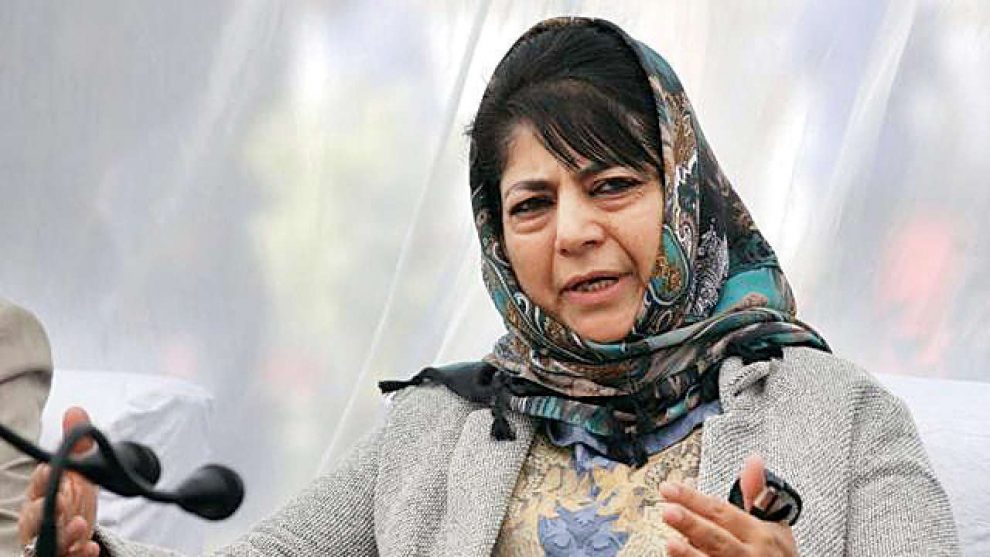 The Dispatch Staff
Add Comment
“We believe that anyone who dies while looking for a livelihood is a martyr,” Mufti said.

SRINAGAR: PDP president Mehbooba Mufti on Friday said she is shocked that no one from the Jammu and Kashmir administration has visited the family of television artist Amreen Bhat, who was shot dead by terrorists in Budgam district on Wednesday.
“Visited Ambreen Bhat’s family. Shocked to know that no one from LG admin has bothered to visit them. A sole breadwinner, she struggled to make ends meet. Hope the govt takes her circumstances into consideration and extends help (sic),” Mufti said in a tweet after her visit to Bhat’s family in Chadoora.
She said the TikTok starlet was a martyr as she had lost her life for fending for her family.
“We believe that anyone who dies while looking for a livelihood is a martyr,” Mufti said.
Asked about the police claim that the terrorists involved in the killing of Bhat were eliminated, the former Jammu and Kashmir chief minister said, “It is weird that within 12 to 24 hours of a civilian killing, they claim that the perpetrators have been killed. I cannot say anything more on it.”
Mufti said while innocent people like Amreen Bhat, Kashmiri Pandit employee Rahul Bhat and civilian Shoaib Ganaie are getting killed day in and day out, the Centre is going hammer and tongs with its claims that normalcy has returned to Jammu and Kashmir.
“The situation has only worsened as the Government is continuing with its muscular policy of oppression and suppression,” she said.
The People’s Democratic Party (PDP) chief alleged that the BJP-led government at the Centre is looking at Jammu and Kashmir as a security and religious issue.
“They think this is a Muslim-majority place, if people are dying, let them. This will not help improve the situation,” she said.