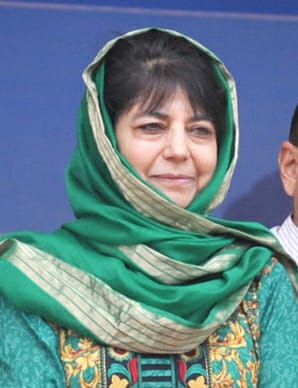 People’s Democratic Party (PDP) spokesperson for Jammu province and former MLC Firdous Tak while giving details about the visit of party president Mehbooba Mufti to Jammu, told the news agency that Mehbooba will address party workers at PDP office Gandhi Nagar, Jammu tomorrow and will hold a meet with party leaders as well.

Tak said that in the meeting, various party issues will be discussed besides future strategy of the party.

He further said that Mehbooba would visit different parts of Jammu in the coming days and meet party leaders and workers.

Party sources said that Mehbooba was scheduled to meet party workers on Wednesday, however, her flight got delayed and she will address workers now on Thursday

Eyewitness said that new banners and posters have also been put up at the party office to welcome Mufti ahead of her visit.

Notably, that this is the second visit of PDP President Mehbooba Mufti to Jammu after the Abrogation of special status of J&K as earlier she was part of PAGD meeting in Jammu