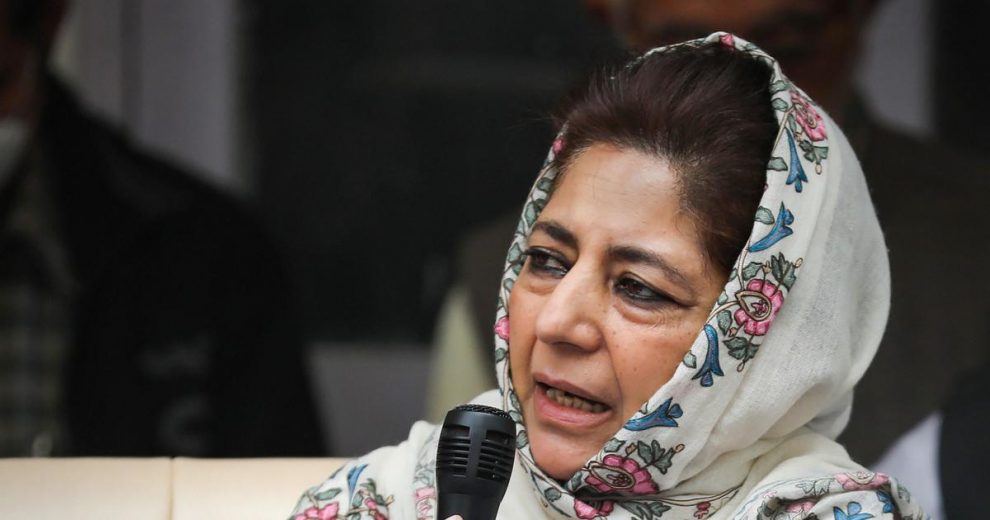 SHE WANTED TO MEET THE GUJJAR FAMILIES WHO ARE BEING EVICTED; HEAVY DEPLOYMENT OF POLICE, OTHER FORCES OUTSIDE HER RESIDENCE, SAYS ILTIJA MUFTI

Srinagar, Dec 08: Peoples Democratic Party (PDP) chief Mehbooba Mufti has been put under house arrest at her Gupkar residence as she wanted to visit hilly areas of Central Kashmir’s Budgam district where Gujjar families are being evicted by the authorities, alleged Iltija Mufti, the daughter of former J&K chief minister on Tuesday.

Ilitija said that the PDP chief intended to visit remote areas of Budgam district where Gujjar families are being evicted. “But a heavy contingent of police and paramilitary forces reached our Gupkar residence and locked the main entry gate,” Iltija said.

Mehboobaji is a politician, and has a right to go wherever she wishes,” Iltija said, adding that “Mehboobaji even told police that she will take her private vehicle to reach Budgam, but instead she was not allowed to venture out.”

“On one hand, BJP politicians are given full security cover and other facilities to undertake journey of their choice and on the other, Mehboobaji has been caged at her home,” Iltija said adding that the government wants to continue its “oppressive and disruptive actions here and anyone who even tries to talk about these issues isn’t allowed to do so.”

In the last presser, State Election Commissioner (SEC) K K Sharma had stated that Mehbooba being the former J&K chief minister needs to follow the proper security protocol while venturing out of her home 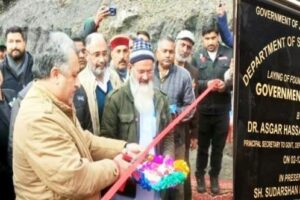 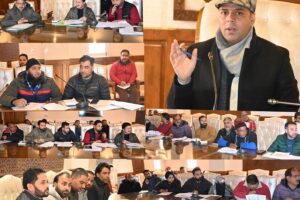 Dr. Bilal asks officials to redouble efforts and complete maximum works before the culmination of work 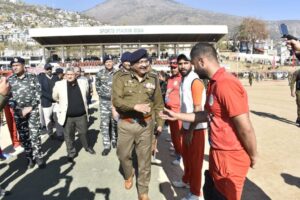