Srinagar, Dec 9: Former Jammu and Kashmir Chief Minister (CM) Mehbooba Mufti on Wednesday claimed that she has been put under house arrest for the third time in less than a fortnight in Srinagar.

Meanwhile, former CM and vice president of the National Conference (NC) in a tweet said “ AAP claims the CM is under house arrest. The police denies the claim. I don’t know why but I feel like I’ve seen this script play out somewhere else also”.

President of the Peoples Democratic Party (PDP) Mehbooba questioned if her movements are being curbed due to security concerns, then why Bhartiya Janata Party (BJP) ministers and leaders are allowed to campaign freely in the Kashmir for party candidates contesting District Development Council (DDC) elections.

Why I have been asked to wait until culmination of DDC elections, she further asked.

Taking to micro-blogging site Twitter vice president of the Peoples Alliance for Gupkar Declaration (PAGD) Mehbooba said “ Illegally detained today for the third time in less than a fortnight. Too much democracy indeed. If my movements are curbed due to ‘security concerns’ then why are BJP ministers allowed to campaign freely in Kashmir while Ive been asked to wait until culmination of DDC elections?”

She was put under house arrest on Tuesday to prevent her from visiting central Kashmir district of Badgam , where she was scheduled to meet families who were evicted from forest land after several decades.

Mehbooba, who was released after about 14 months detention since August 5, 2019 when Centre abrogated Article 370 and 35 besides dividing the state into two Union Territories (UTs), said she just wanted to visit the families who were evicted from their houses at Kandajan, Branwar and Zalsidara in Badgam.

Last week, Mehbooba was put under house arrest to prevent her from visiting the house of youth PDP president Waheed ur Rehman Parra who is under the detention of National Investigation Agency (NIA) for his alleged links with Hizbul Mujahideen (HM) militants. However, police denied that she was detained and claimed that for security reasons she was urged to postpone her visit.

Later, after some days Mehbooba visited the house of Parra and met his family members to express solidarity with them. 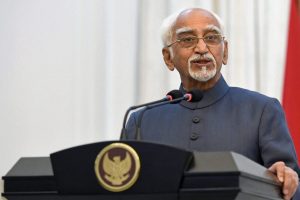