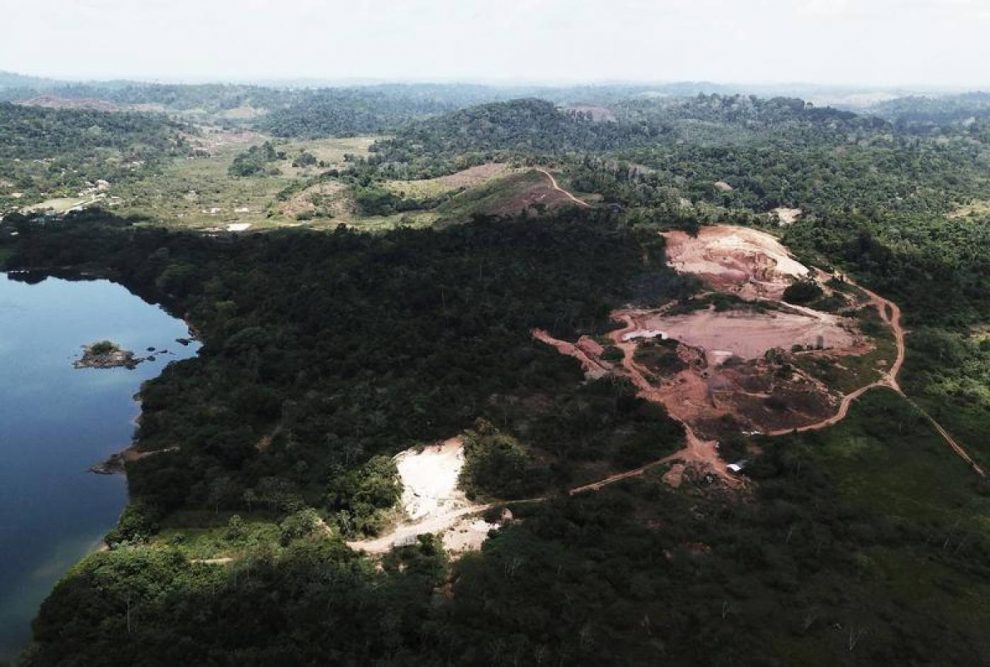 KUALA LUMPUR: A rise in huge, opaque infrastructure and mining projects threatens to destroy and open up the world’s last remaining rainforests to development, researchers warned on Thursday.

A report assessing progress on the 2014 New York Declaration on Forests – backed by more than 200 countries, companies and green groups – found that its 2020 goal to reduce natural forest loss by at least half would not be met.

Achieving its 2030 target to end deforestation would require an “unprecedented” reduction in the rate of forest loss, said the annual evaluation, led by advisory firm Climate Focus.

“Economic corridors cut through these remaining areas, kettling in the indigenous communities and others that live there,” Haupt told the Thomson Reuters Foundation.

Green groups blame the production of commodities and minerals for much of the destruction, as carbon-storing forests are cleared for plantations, ranches, farms and mines.

“Mining and infrastructure obviously has a direct impact – if you build a road or have an open-pit mine you have to cut trees,” said Haupt.

“The problem is not so much that deforestation, but it’s that these activities are making way for other economic activities and resource extraction.”

Megaprojects based around economic corridors, linking roads, waterways and railways with natural resource extraction and big dams, are planned in most critical tropical-forest areas, said the report, produced with 22 organisations.

Across five Amazon nations – Bolivia, Brazil, Colombia, Peru and Ecuador – investments totalling $27 billion over the next five years would construct or update more than 12,000 km (7,456 miles) of roads, it said.

If all planned projects are realised, they will cause the deforestation of about 2.4 million hectares (5.9 million acres) over the next two decades, it added.

In Asia, Indonesia’s Trans Papua highway – a 4,000 km network – will cut through Lorentz National Park, a World Heritage site, increasing access to more than 50,000 hectares of mining concessions inside the park, the report said.

A railway planned for Indonesia’s forest-rich Kalimantan region will open areas for coal mining and palm oil production, it said, while neighbouring Papua New Guinea is looking to double its road network by late 2022.

The unchecked rise in transportation networks is poised to do the most damage to forests, the report said.

Those networks make it easier for loggers, farmers and others who chop down trees legally or illegally to get into forests, according to researchers.

Roads are responsible for between 9% and 17% of tropical and sub-tropical deforestation, with most new deforestation occurring within 1 km of a road, said the report.

“There needs to be roads and there is always a cost for forests but we’re really concerned about these huge projects,” she added.

The scale of many megaprojects was unprecedented, she said, citing China’s Belt and Road Initiative to link Asia to Europe and beyond, involving more than 100 countries.

Researchers found no evidence that megaprojects, which often lack transparency, are paired with investments in local development, such as public services, healthcare and jobs.

Governments should consider the value of forests and the economic benefits megaprojects bring to local people – and ensure they are properly consulted, said Haupt.

All countries need to develop partnerships to protect forests, and wean their industries off fossil fuels, she said, adding many had made international pledges and introduced good policies but implementation was lacking.

“It’s not a radical idea to strive towards sustainable development but the current (economic) models are in contention with these goals,” she said. “Is deforestation really justified by these other benefits?”