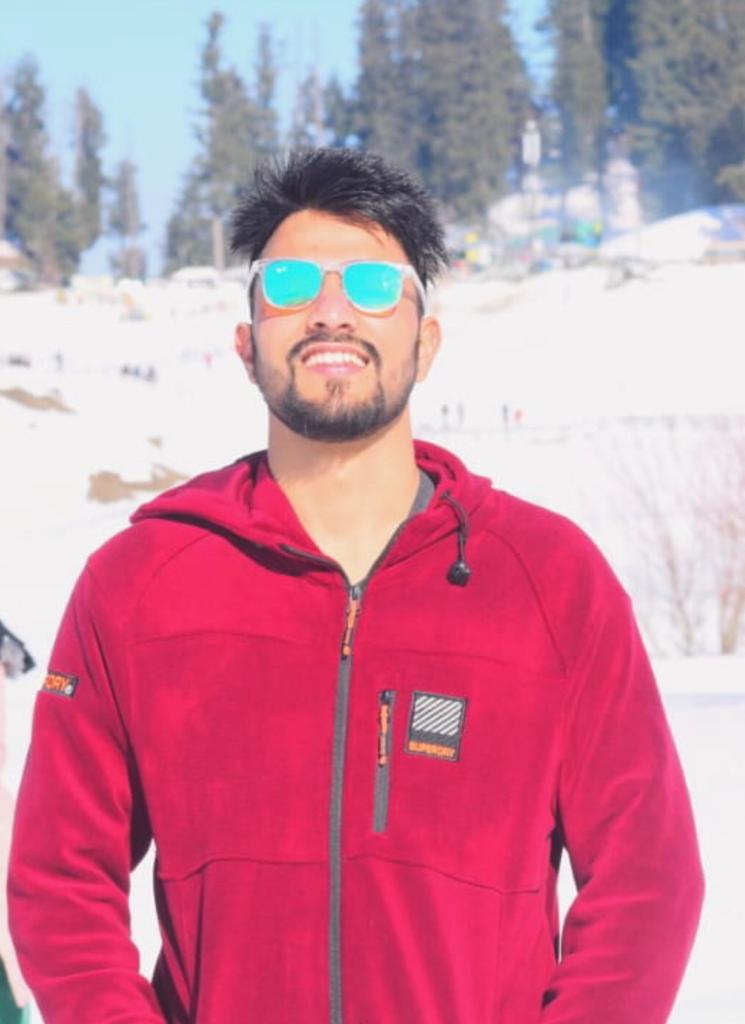 Jamsheed Hussain hails from smart city of Kashmir ‘Budgam ‘which is around 30 away from main city Srinagar,
Marketing, investing and Social Media have existed in various forms for centuries, but the social media explosion of the past decade has given rise to influencers as we know them today, One such example we have today is Mr. Jamsheed Hussain.

Jamsheed Hussain is an inhabitant of a small village called Aripanthan, Budgam. He has done his schooling from Govt Higher Secondary Magam and has pursued B.tech.

Jamsheed has long manifested an exceptional ability to communicate with and understand the young and his work must have a special significance for us today. He has assisted individuals for the Cryptocurrency investments and helped them to promote their concept through Google ads and other Social Media resources.

When it comes to success, it’s easy to think that people blessed with brains are inevitably going to succeed but Jamsheed had a journey of difficulties and many rejections along the way. He stood stiff against all odds and made his unique mark of respect today.

While talking to Jamsheed he said, “In any society, of all scarce resources exceptional ability is the scarcest of all. People having distinctive thoughts work outside the boundaries of people’s descriptions. They’re neither intimidated nor entitled; instead of expecting recognition or compensation to come first, they forge ahead in their work, confident that they’ll be rewarded later but unconcerned if they’re not, and that’s what I firmly believe”.

Typically, Jamsheed “The Social Media Guru” has tens of thousands of hours of hard work behind him before he finally achieve his goal, and Today he has almost a family of 150k+ followers on Instagram. A number of followers don’t make it significant but their trust, Confidence, and Belief make it extraordinary for him. And despite this, he is working with Companies as Network Marketer.

Such passionate youth are bringing laurels to Kashmir today, despite the chaotic situations of Kashmir Youth Like Jamshed has made us proud by leaving their mark of faith in whatever they pursue. He accepted his willpower and found ways to make himself worthy and completely redefine the traditional sense of ability that many of us are socialized and indoctrinated with. We wish Mr. Jamsheed all success in his upcoming ventures and aims. Keep making us proud.