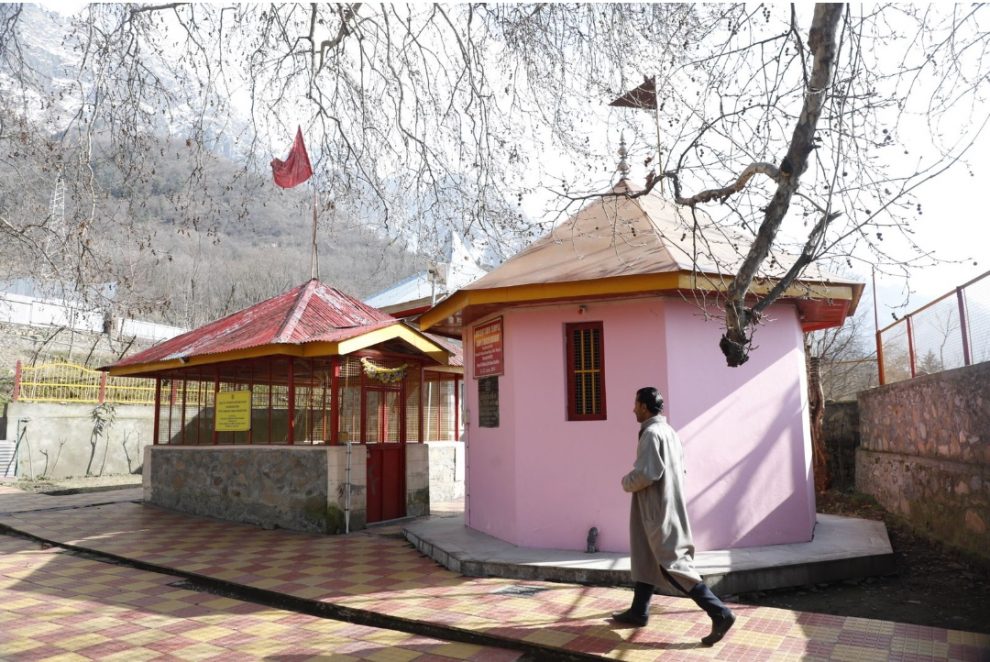 SRINAGAR: A 34-year-old deaf and dumb Muslim man Nisar Ahmad Alai has been looking after a Shiv temple for the past seven months. Alai has taken the charge of his father who has also taken care of the temple for more than six years.

Nisar Ahmad Alai has been a caretaker of Gopi Tirith Temple, a small Shiva temple in Zabrawan hills for the last seven months.

Specially abled Nisar Ahmad Alai has been taking the responsibility with utmost care and determination. However, the temple is rarely visited by Hindu devotees.

Nisar’s father was also associated with the temple for more than six years, then Nisar took over for a year, then his neighbour Abdul Ghaffar took the job for more than three years, and now again Nisar is taking care of the temple.

Nisar is class 9 pass out. He not only cleans but is also responsible for the protection of the temple. He also does gardening and grows vegetables in the temple courtyard. The produce is given to people belonging to the Hindu community.

The locals believe that this temple is a sign of Kashmir’s mutual brotherhood. Nisar is getting a salary of Rs 8000 from Ishwar Ashram Trust, a religious institution that overlooks the temple. Nisar is quite satisfied with his salary.