Srinagar: A girl in her early twenties, Mehreen Amin, is touted as thr new face of woman empowerment in Kashmir valley. She is the owner of Srinagar’s only-female gym. 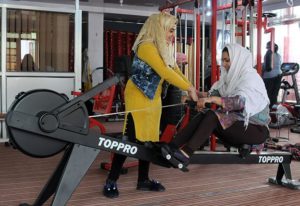 At the tender age of 21, she started a gym in Srinagar because there was no gym in the city she could go to.

“All the gyms were unisex. They would keep a small slot for an hour or so for women only. I wasn’t comfortable with a male trainer,” Mehreen said while asked about how the idea orignated.

Mehreen rented space and opened an all women gym in downtown Srinagar in 2016.

The idea originated from her own experience with an unhealthy lifestyle and weight gain.

Mehreen had gone to spend some time with her brother in New Delhi and joined a gym because she had gained considerable amount of weight. 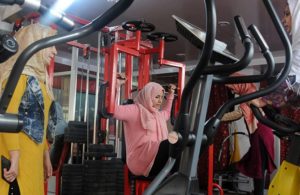 The stint at the gym brought her weight down by 30 kilos in a few months. It also generated an interest in fitness and spurred her to join a year’s course in Delhi to become a fitness trainer.

On her return to Srinagar, she realised she had started putting on weight again. Uncomfortable with the gyms in town that were dominated by men, she thought she would walk herself back to health.

People did not expect it to succeed, but success did arrive.

“But people stared and scanned. Kashmir is a conservative society. I felt uncomfortable going for walks alone,” says Mehreen.

Tral is in news again. This time because of this teenage author
CBSE Class 12th topper blames Social Media for losing one mark, gets the internet talking