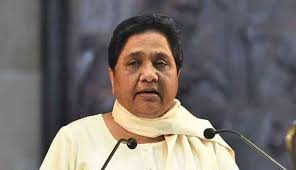 Ahead of Republic Day celebrations, Bahujan Samajwadi Party chief Mayawati on Monday requested the Centre to withdraw the farm laws so that no untoward incident takes place in the national capital.
In a tweet in Hindi, Mayawati said, “To fulfill the demands of the agitating farmers, BSP requests the Central Government to withdraw these farm laws. I hope that no new tradition starts on Republic Day and there is no untoward incident in the national capital.”
Farmers from all across the country are expected to march towards Delhi in order to take part in the scheduled rally. Tractors from Punjab, Haryana and Rajasthan have reached on Tikri border as the farmers sit in for protest for nearly two months.
The 11th round of talks between farmers and the government was held on Friday, which remained inconclusive.
The talks between farmer unions and the government have seemingly broken down after the former insisted on their demand to repeal the three new farm laws and the latter asked them to reconsider its offer to put these laws on hold for about 18 months.
Farmers have been protesting on the different borders of the national capital since November 26 against the three newly enacted farm laws — Farmers’ Produce Trade and Commerce (Promotion and Facilitation) Act, 2020; the Farmers Empowerment and Protection) Agreement on Price Assurance and farm Services Act 2020 and the Essential Commodities (Amendment) Act, 2020.