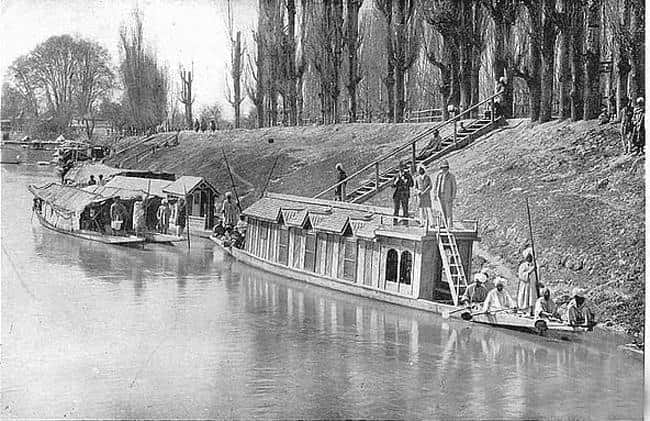 Javid Mukhdoomi
Add Comment
These were testing times for people of the sub-continent and beyond, as the second world war had taken serious proportions. It was uncanny to shut eyes to the fact of changing political and geographical dynamics in a major portion of the globe. To discuss urgent and important matters a special session of the Working Committee of the National Conference was called in May 194

By the 1940s Sheikh Mohammed Abdullah had traversed a long distance and reached the pinnacle of popularity in Kashmir. On the other side he had his own share of incumbrances. It was not always a cake-walk for him. On 5th February 1942, a group of National Conference workers held a meeting at Jammu and resolved to snap connections with the party. The meeting at Jammu was presided over by Choudhary Ghulam Abbas at his residence. It was decided that within next two months Muslim Conference would be revived. Subsequently, a general meeting was held for three days i.e. 17th, 18th and 19th April, 1942. The venue was Gazi Camp, Jammu. Choudhary Abdulah Khan was declared as chairman of the Reception Committee. Moulana Zafar Ali Khan, editor of popular Urdu newspaper “Zamindar”, Lahore and a prominent leader of the Muslim League unfurled the party flag. Ch. Abbas presided over the function. Attendance at the general meeting was quite impressive. A unanimous resolution was passed and the following demands were made to the government:
Prime Minister Gopal Swami Ayenger’s statement was condemned which he had given in the Assembly on 4th April, 1942 in which he had extended support to the Cripps Plan.
The government’s decision to shift to Devanagari script was unacceptable and deserved strong condemnation. It was demanded that the decision be immediately reversed.
The general meeting condemned and opposed the implementation of the Arms Act and punishment for cow slaughter.
The highlight of Choudhary Ghulam Abbas’ speech was – “S.M. Abdullah honestly and sincerely tried his best to rope in non-Muslims into the party fold to make the movement inclusive. Only a few non-Muslims joined the National Conference and, by and large, the effort failed. It was an exercise in futility. No one should have doubts about the lack of loyalty on the part of Hindus etc. Abbas declared in his speech that the need of the hour is to formulate a joint strategy.” Choudhary Ghulam Abbas, for a change, appeared to be sympathetic towards Sheikh Abdullah.
On the other side, All India States People’s Conference was formed in which an important and significant role was played by Sheikh Abdullah. On 19th April 1942 “Demands Day of various States” was organized. On 20th April 1942 a huge procession was taken out in Srinagar to show solidarity with the other States of India. In a huge public meeting it was resolutely demanded that to meet the challenge and onslaught of Germany and Japan, people of every state should be given a role in the governance. This shall help in creating an impregnable wall against tyrants and invaders such as brutal Germany and Japan.
These were testing times for people of the sub-continent and beyond, as the second world war had taken serious proportions. It was uncanny to shut eyes to the fact of changing political and geographical dynamics in a major portion of the globe. To discuss urgent and important matters a special session of the Working Committee of the National Conference was called in May 1942. Interestingly the meeting which lasted for 42 hours was held in a ‘Donga’ which remained floating in Dal Lake till the culmination of the deliberations. No local issues came up for discussions. Narrates Sheikh Mohammad Abdullah in his autobiography “Aatish Chinar” (Urdu P. 295). This indeed remained first and the last working committee of N.C. holding deliberations on important matters while floating in the Dal Lake.

Join The Dispatch Whatsapp Group to stay updated
The Dispatch is present across a number of social media platforms. Subscribe to our YouTube channel for exciting videos; join us on Facebook, Intagram and Twitter for quick updates and discussions. We are also available on the Telegram. Follow us on Pinterest for thousands of pictures and graphics. We care to respond to text messages on WhatsApp at 8082480136 [No calls accepted]. To contribute an article or pitch a story idea, write to us at [email protected] |Click to know more about The Dispatch, our standards and policies
TagsKashmir history Kashmir politics National Conference