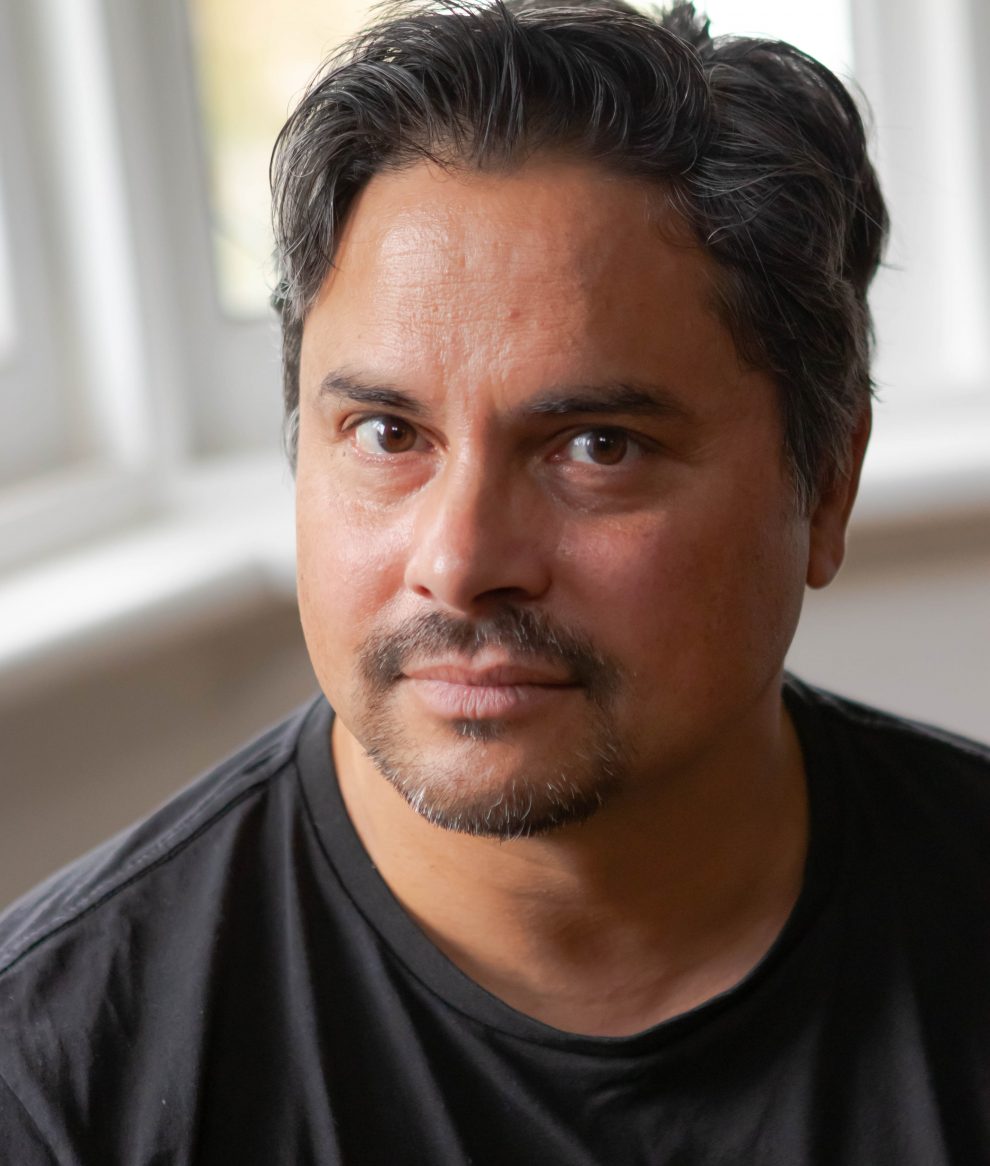 It was my second death threat this year. Any more, and it could become a habit. I played the message again.

‘You’re gonna die, you bastard. You tried to take us down, now we gonna take you down. We know where you live.’

The voice was young, a strong Indian accent. He sounded agitated and nervous, racing to get the words out, making his pitch higher than what it might normally be.

‘Well, it sounds kinda serious. They know who you are and they’ve got your mobile number. I wouldn’t be surprised if they really do know where you live.’ Senior Sergeant Rebecca McAdam never beat around the bush, even when she was off-duty.

‘If I were you, I’d stay away from that shack you call a home for a little while,’ she said with a tone that meant she was only half joking. Bec leaned forward and placed her empty glass on the coffee table between us. She sat back and folded her legs up beside her on the couch, forcing her skirt to ride high on her thigh. I tried not to look but stole a glance anyway.

We’d graduated from the Victorian Police Academy at Glen Waverley together. Twenty-two and naive, proud to wear the blue uniform. Fifteen years on she was still enjoying the job, the uniform. I had lasted only six before going private, though not by my own choice.

‘You think so?’ I asked sceptically as I topped her glass with more wine.

Bec reached for her refilled glass, gasped in mock horror at the generosity of my pour. She held it up and peered through it, distorting her face from my perspective.

‘I know what you’re trying to do, Sam Ryder, and you’re not going to get me drunk.’ Her left index finger wagged at me slowly, playfully.

I put on my ‘who, me?’ face, the same expression a child wears when caught red-handed doing something wrong. I was just as convincing.

‘Yes, you can stay here tonight.’ The finger stopped wagging and pointed to where I was sitting, ‘On that couch!’

We shared a laugh. I had spent the occasional night here before, but never on the couch.

‘Seriously though, do you want us to do anything about this?’ She asked, after taking a long sip. There was a subtle change in her tone, a hint of concern.

I knew exactly who had left the message. ‘No, it’s just a gang of kids I pissed off during the last job. They’ll cool off soon enough. But thanks, Bec, I will stay here tonight,’ I said.

‘You’re welcome. After all, I wouldn’t want them to hurt that pretty-boy face of yours.’ Now she was taking the piss. On the force my nickname had been ‘Brasco’ because someone had remarked that I looked like a brown version of Johnny Depp in the film Donnie Brasco. I didn’t mind the ribbing. It meant I was accepted as part of the group and, privately, I liked the comparison. We shared the same dark hair and eyes, high cheekbones and boyish smile, although I figured I was a little taller and bigger across the shoulders. I’d never been named as the ‘Sexiest Man of the Year’, however, so I guess Depp could rest easy.

Back then my partner was a guy called Brian McCann, a rottweiler red-head whose bite was definitely worse than his bark. Naturally, people called him ‘Bluey’. Brasco and Bluey. Not quite Starsky and Hutch.

We worked well together, shared the same thinking. It helped us react quickly when trouble happened. In hindsight, perhaps we were too much alike? Both ‘act now and suffer the consequences later’ type of guys. Who knows, if we’d acted differently that day I may still be in the force? I’d wondered about that often over the years. Not that I regretted my actions, just the effect they had on my bank balance.

Since then I’d learned to be more circumspect, more cautious. You have to be in my kind of work. No partners, no backup. Although every now and then I regressed. A not-so-old dog with old habits. That’s probably why I got the death threats.

The bottle had a few dregs, which I drained into my glass.

‘Shall I open another?’ I asked, holding up the empty one.

Bec downed her nearly full glass in one action, the trait of a long-serving police officer, and waved the empty glass in front of me.

I woke up the following morning feeling a little woolly, looked across at Bec and remembered the first time I saw that little mole on her back, the sheet only covering her from the waist down. I traced my finger down the curve of her spine. She gave a small groan—hangover head—and turned towards me. Her long brown hair fanned out over the pillow and her green eyes took a little while to focus on me. In the morning light her face was soft, kind. Not the poker face she put on with her uniform. I liked her face, a lot. It was her eyes and her smile. They held a mischievous lustre. When she looked at me through the corners of her eyes, she was sexy. When she laughed, it was electric.

I missed mornings like this. That first moment waking next to someone that you care for, the bed warmed by two bodies. I moved closer and kissed her shoulder, then drew even closer and kissed her neck, then her cheek. Bec stroked my face, gently, like I was a puppy, then said the three magic words.

Excerpted with permission from Masala and Murder, Patrick Lyons, Niyogi Books. Read more about the book here and buy it here.

The Dispatch is present across a number of social media platforms. Subscribe to our YouTube channel for exciting videos; join us on Facebook, Intagram and Twitter for quick updates and discussions. We are also available on the Telegram. Follow us on Pinterest for thousands of pictures and graphics. We care to respond to text messages on WhatsApp at 8082480136 [No calls accepted]. To contribute an article or pitch a story idea, write to us at [email protected] |Click to know more about The Dispatch, our standards and policies
TagsMasala and Murder Mystery thriller Niyogi Books Patrick Lyons

“More Things in Heaven and Earth”: This novel depicts a sinister tale of what happens when love, obsession and betrayal collide
“Farside”: This riveting murder mystery is set around events at a high-end beach resort on the outskirts of Mumbai city
Comment