With the Punjab and Sind under the Union Jack, and Russia ‘warned off’ Afghanistan, British India felt less vulnerable, particularly with the Khyber and Bolan passes secured to a large extent. Still, Britain’s constant worry about protecting its jewel wasn’t over just yet. Its focus now would shift to the no man’s land where the three competing empires—Britain, Russia and China—came together. Here, a mountainous knot arises around the Pamirs, as some of the highest ranges in the world converge: the Hindu Kush, Himalayas, Karakorams, Kunlun and Tien Shan. This was a largely inaccessible and unexplored quarter, forming India’s northern border.
Curzon, eloquent as ever, summed up the crucial role such lines on a map play: ‘Frontiers are the razor’s edge on which hang suspended the issue of war or peace and the life of nations.’ The coming period would underscore how the ambiguity of these final frontiers between the Great Game empires shaped their rivalry.

The grey zone to India’s north contained many high passes, some of which were known only to local hillmen and raiders. The fear of an invader locating and using these defiles was heightened by recent reports from the GTS and its Pundits, and by accounts of a few pioneers exploring the region, such as Robert Shaw and George Hayward. Initial intelligence coming back to Calcutta indicated that these passes were more susceptible than first believed. There was a growing fear that an army, during a multi-pronged attack on India through either of the main passes, could also infiltrate via these lesser known ones. Furthermore, the recent defeat of Yakub Beg, who had nominally been Britain’s ally in Chinese Turkestan, meant this flank too now became susceptible.
To counter any new threat while the boundary commission was completing its work in the Pamirs, the viceroy established a 20,000-strong defence force known as the Imperial Service Corps, made up of troops contributed by the Indian princes of the region. In the event of an invasion, the hope was that the maharaja of Kashmir would be able to defend the passes into his state, until help arrived either from Imperial Service troops or the Indian Army. All this tactical planning and speculation heightened the need to map these defiles thoroughly, and it rapidly became a key focus for British India’s military.
For many experienced explorers and military personnel, however, the possibility of a serious invasion attempt through these passes was remote, even ridiculous, and they considered the mountainous knot around the Pamirs irrelevant to India’s defence. For one thing, they pointed out that this thinly populated region was incapable of feeding and supporting a large number of troops. It was quite plausible, though, that Russian activity in this area was a deliberate attempt to distract British India from its more vulnerable western and northwestern frontiers, by diverting troops and resources towards the Pamirs. In concluding his detailed study of the region, historian Garry Alder commented: ‘the belief in the feasibility of invasion by the northern frontier was directly proportional to the geographic ignorance of it’.
Curzon and Roberts were far more concerned about the Trans-Caspian Railway, which was being built and run by Russia’s Ministry of War and steadily nearing completion. Starting from Krasnovodsk, through to its final stop in Tashkent, this rail link was changing the strategic balance in Central Asia. Mechanized transport overcame many of the difficulties an army faced in having to march large distances over unforgiving terrain, as the Russians had already learnt from bitter experience. It gave the tsar an ability to rapidly transport tens of thousands of his men to the Persian and Afghan frontiers. Prior to its construction, it would have taken troops two months to march from Orenburg to Tashkent, whereas now they could be railed from Krasnovodsk within a matter of days.
Nevertheless, these passes could not be discounted, as Britain could ill afford to leave any stone unturned in protecting its largest and most valuable colony.

This shift of focus towards the north set the scene for a new officer to make his entrance. One who would go on to become one of the last and most famous players of the Great Game, and much more besides. Born in India and raised in England, a product of the elite Royal Military College at Sandhurst, Lieutenant Francis Younghusband had already made his mark as an explorer: he received the RGS’s gold medal, after being elected its youngest ever Fellow at age twenty-four.
This impressive achievement was the result of a seven-month journey on horseback across a large swathe of Asia, heading out from Peking in April 1887. Along the way he traversed China’s bleak Gobi Desert, and then the mighty Karakoram Range, before making his way back to India. During winter, and with no mountaineering gear or previous climbing experience, he crossed the Karakorams using the treacherous 18,000-foot Mustagh Pass, with the K2 massif towering above. The lieutenant engaged a small party to accompany him, including a guide who claimed to remember the location of the pass, even though he had last crossed it twenty-five years earlier. Still, he was full of confidence as Younghusband later related:

He said he would show me the way, but only on the condition that I trusted him. He had heard that Englishmen trusted their maps and not their guides, and if I was going to trust my map I might, but he would not go with me as a guide—what was the use? I had no scruple in assuring him that I would not look at a map—because there was no map to look at.

Unfortunately, when they reached the vicinity of the pass, the guide’s memory failed him, but the party managed to get through, although only by the skin of their teeth.
Some years later, Sven Hedin described this feat as ‘the most difficult and dangerous achievement in these mountains so far’. Younghusband wrote about this epic journey, and his other travels through the Pamirs and Chitral soon afterwards, in his classic bestseller The Heart of a Continent.
Two years after his return, he was off to India’s northern frontier on a mission to learn the whereabouts of a secret pass, the Shimshal, which led into the Hunza Valley. Local raiders were known to be using this defile, and his superiors wanted confirmation as to whether it could be used by an invader as well. Accompanied by an escort of six Gurkha soldiers, he soon located the pass and the fort guarding it. Younghusband spoke with the region’s ruler Safdar Ali, warning him not to have any dealings with the Russians, who were thought to be making a reconnaissance of the area and seeking alliances with local chiefs. This turned out to be the case, and Younghusband soon ran into Captain Gromchevsky and his seven-man Cossack escort.
The pleasant dinner they shared high up in the Pamirs, discussing the relative merits of the position adopted by their respective empires in the Great Game, would mark the first time rival players eyeballed each other out in the field. Gromchevsky predicted his country would soon invade India, deploying an overwhelming number of troops on the subcontinent. Younghusband saw on the captain’s map much of the unclaimed no man’s land now marked in red, obviously intended to be absorbed by Russia at some stage in the near future.
When he reported back to his superiors, it was all the confirmation Britain needed to mobilize and plug this so-called Pamir Gap, extending some fifty miles deep within the mountains. Younghusband urged them to lose no time in exploring the rest of the region, and mapping the remaining unknown passes, some of which were relatively easy to cross as he had discovered. He also emphasized the importance of ensuring that local rulers in these areas, such as Hunza, kept allegiances only with India. 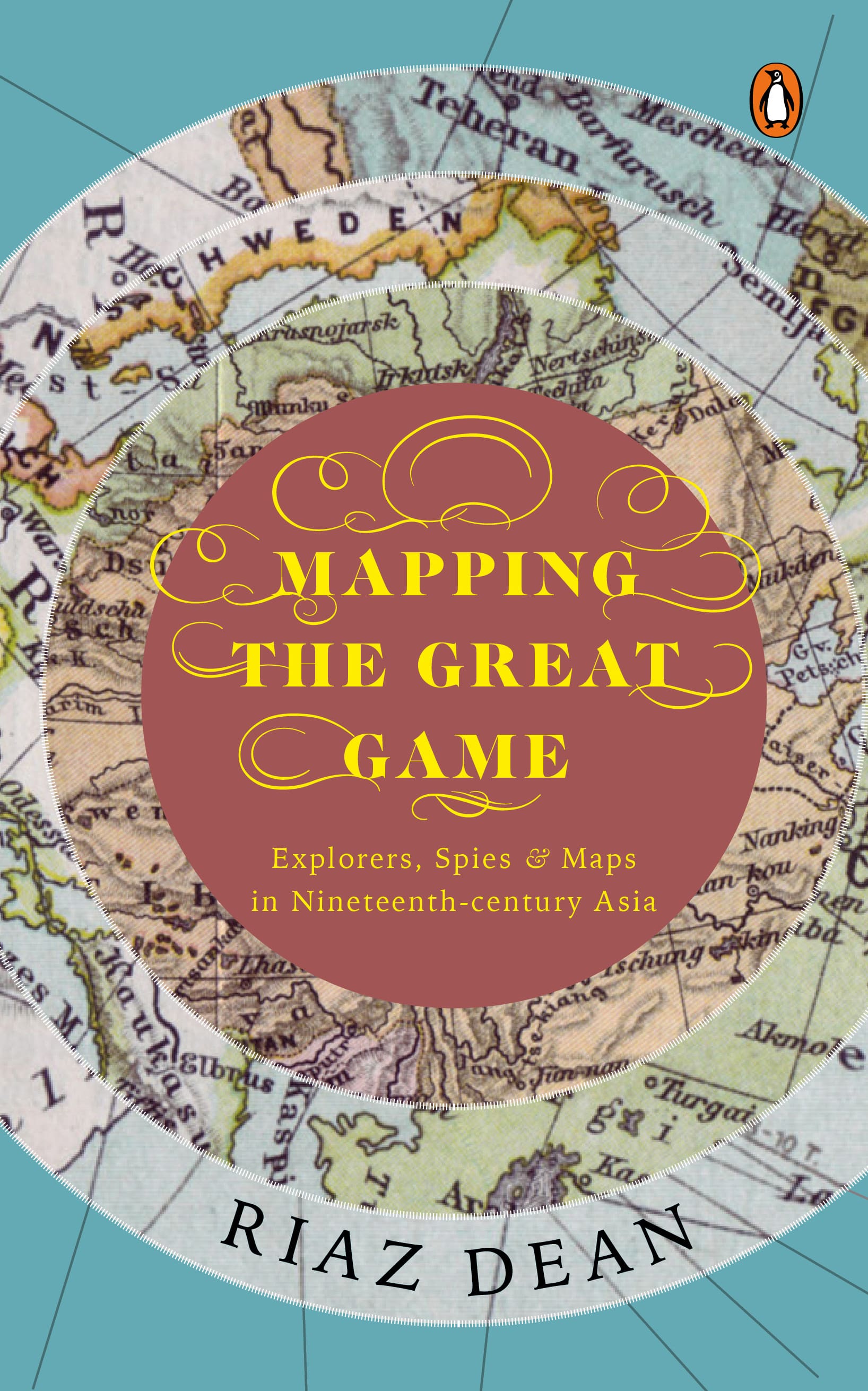 What role will FinTech play in India becoming a 5 Trillion dollar economy
How the accession of the princely state of Jammu & Kashmir to India meant different things to Nehru, Sardar Patel, Mountbatten and Sheikh Abdullah