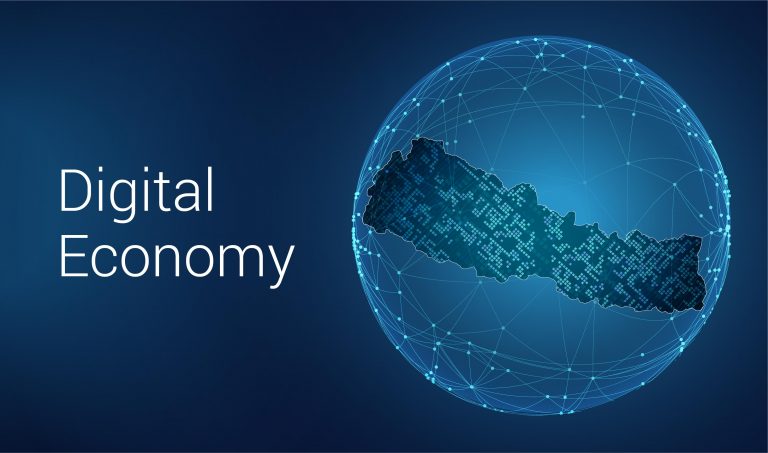 China’s economic interests in Africa are typified by ports, railways, roads, and other infrastructure projects, under the umbrella of the Belt and Road Initiative (BRI). This interest is further motivated by the presence of Chinese tech companies in the continent’s digital economy. Such companies, supported by the Digital Silk Road (DSR) initiative, are the digital arm of its economic pursuits in Africa.

China’s influence draws from the large market share its companies have in Africa’s tech stack. These tech companies are also major providers of digital infrastructure like data centres, e-governance systems, and smart cities. For Beijing, the large but untapped potential of this digital economy presents an opportunity for its ‘national champions’ to capture new markets, and leverage them to become globally competitive companies. Chinese technology, embedded in the continent’s public and private sectors, also has wide-ranging implications for national security, politics, and public perception across Africa.

End-to-End Dominance of the Digital Ecosystem

The tech stack includes several layers of the digital communications ecosystem: from telecommunications infrastructure and subsea internet cables to mobile phones and applications. From end-to-end of the digital supply chain, Chinese technology is indispensable for connectivity in Africa.

Chinese companies have secured a significant share of the market in almost every segment of Africa’s digital economy. Huawei equipment constitutes 70 per cent of the 4G infrastructure in Africa, and it was the first in the continent to offer 5G services. The PEACE submarine cable, a major DSR project, offers low-cost transmission capacity of 16 TB per fiber pair, delivering a major boost to transcontinental digital connectivity. In the handset market, China’s Transsion group has captured 40 per cent of the smartphone market and 64 pr cent of the feature phone market. Transsion has also partnered with NetEase and Tencent to launch applications in music streaming, social media, fintech, and e-commerce.

Enabled by their position in the hardware market, China’s tech companies have developed apps like Boomplay and Vskit that dominate Africa’s social media landscape. In the mobile money segment, apps like Palmpay and OPay are backed by Chinese investors to make inroads into the fintech sector. Most recently, Vodacom Group in partnership with Alibaba launched Vodapay, a super-app that integrates mobile payments with e-commerce, business, and lifestyle services.

The success of super-apps in China has led to tech companies in Africa striking partnerships with Chinese tech companies to deploy their expertise in financial services and app development. The import of the super-app model into Africa is just an indication of the influence China’s digital economy and its tech companies have on trends in foreign markets. To identify, facilitate, and ultimately benefit from such trends, Chinese companies like Transsion are also investing in Africa’s tech start-up ecosystem through its venture capital arm, Future Hub.

Outside the consumer market, Chinese tech companies supply governments with digital infrastructure and services. Tech companies like Huawei, ZTE, Hikvision, and Cloudwalk have secured government contracts to build smart cities, data centres, e-governance platforms, and surveillance systems. Huawei alone is involved in 25 data centre and e-governance projects across Africa. In Algeria, the company built a data centre for the Customs department, and in Tanzania, a data centre to host and store data from government and private offices. At the unveiling of a Huawei-built data centre in Dakar, Senegal’s President Macky Sall announced that all state data and platforms will migrate to the new facility. Moreover, Beijing has built more than 200 government buildings in Africa equipped with computers, routers, and equipment made by Chinese tech companies.

China’s tech companies also export surveillance and AI technology to Africa. AI surveillance systems developed by Chinese companies are deployed in 13 African countries so far. In Zimbabwe, CloudWalk deployed AI facial recognition technology at airports and railway and bus stations to build a national database. The company’s facial recognition terminals are installed at every border post and point of entry into Zimbabwe. Huawei’s Safe Cities project has supplied surveillance technology to 16 African countries. Notably, Uganda paid US$ 126 million for a CCTV system from Huawei, which is more than the combined budget of the country’s ICT and Science and Technology ministries.

Deeply entrenched Chinese technology in Africa’s digital economy has generated challenges and opportunities for bilateral cooperation. For Beijing, markets in Africa are an opportunity to expand the reach of its tech companies, and ultimately, increase political leverage across the continent. For governments in Africa with limited capital, Chinese investment is an attractive opportunity to develop digital infrastructure. However, the involvement of Chinese surveillance technology in incidents of spying and data theft has led to concerns. It has also produced challenges for these countries’ foreign policy, national security, civil liberties, and domestic political processes.

The near-complete reliance on Chinese technology has definitely influenced foreign policy practice across the continent. In 2019, it was reported that data from the African Union (AU) HQ—built by China—was copied and transferred to Shanghai every day for five years since the building opened in 2012. According to the French newspaper Le Monde, AU delegates kept the Chinese surveillance operation secret for a year. The hesitation to disclose the infringement demonstrates the influence Beijing has on top-level decision-making. In 2020, the theft of surveillance footage from AU HQ meeting rooms, parking lots, and corridors by Chinese hackers was discovered. Repeated incursions into Africa’s apex diplomatic institution suggest that governments in Africa lack the capabilities to guard against backdoors installed in Chinese technology.

Chinese technology equips hundreds of buildings in Africa: 24 presidential residences or offices, 26 parliamentary offices, 32 police or military installations, and 19 Ministry of Foreign Affairs buildings. The technology could be employed to blackmail and coerce decision-makers. Alternatively, Beijing’s ability to negotiate with governments is enhanced by access to sensitive information on their negotiating tactics, weaknesses, and preferences. Chinese technology thus becomes a means of furthering Beijing’s political influence and refining its diplomatic outreach to Africa.

Chinese surveillance technology in the hands of Africa’s ruling elites majorly impacts political processes and civil liberties within states. For instance, Huawei’s surveillance technology was reportedly used by Zambian and Ugandan authorities to spy on political opponents. Huawei technicians embedded in Zambia’s cybercrime squad allegedly helped to track and arrest bloggers critical of the president. Such threats to civil liberties could be amplified by surveillance technology in countries with authoritarian or undemocratic rulers. Huawei cameras were used to track protesters in Uganda after the arrest of two presidential candidates sparked demonstrations. Further, in addition to acquiring Chinese technology goods, some of Africa’s ruling elite also replicate Beijing’s surveillance practices.

Chinese technology has also impacted Africa’s consumer market. Transsion phones were found pre-installed with malware, downloading apps and subscribing users to paid services without their consent. The malicious code was detected on 53,000 Tecno handsets sold in Cameroon, Egypt, Ghana, South Africa, and Ethiopia. The theft of personal data exposes citizens to fraud and other cybercrimes. Protecting citizens and businesses from cybercrimes is another challenge that governments in Africa have to confront. Additionally, such large personal data improves the quality of AI and services that China’s tech companies offer. Fed by data from millions of consumers in Africa, Chinese tech companies can heighten their dominance in the consumer market.

Chinese technology’s expanding influence, via embeds in the government sector and consumer economy, has serious cross-cutting ramifications for countries across Africa. However, it appears that at least for now, without any feasible alternatives, countries have no choice but to turn to Beijing for technology goods and digital infrastructure.

The article is first appeared on the website of IPCS 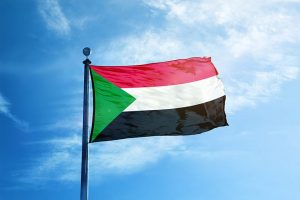 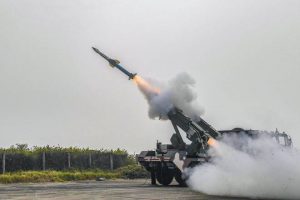 The author is a Research Intern with the China Research Programme (CRP).