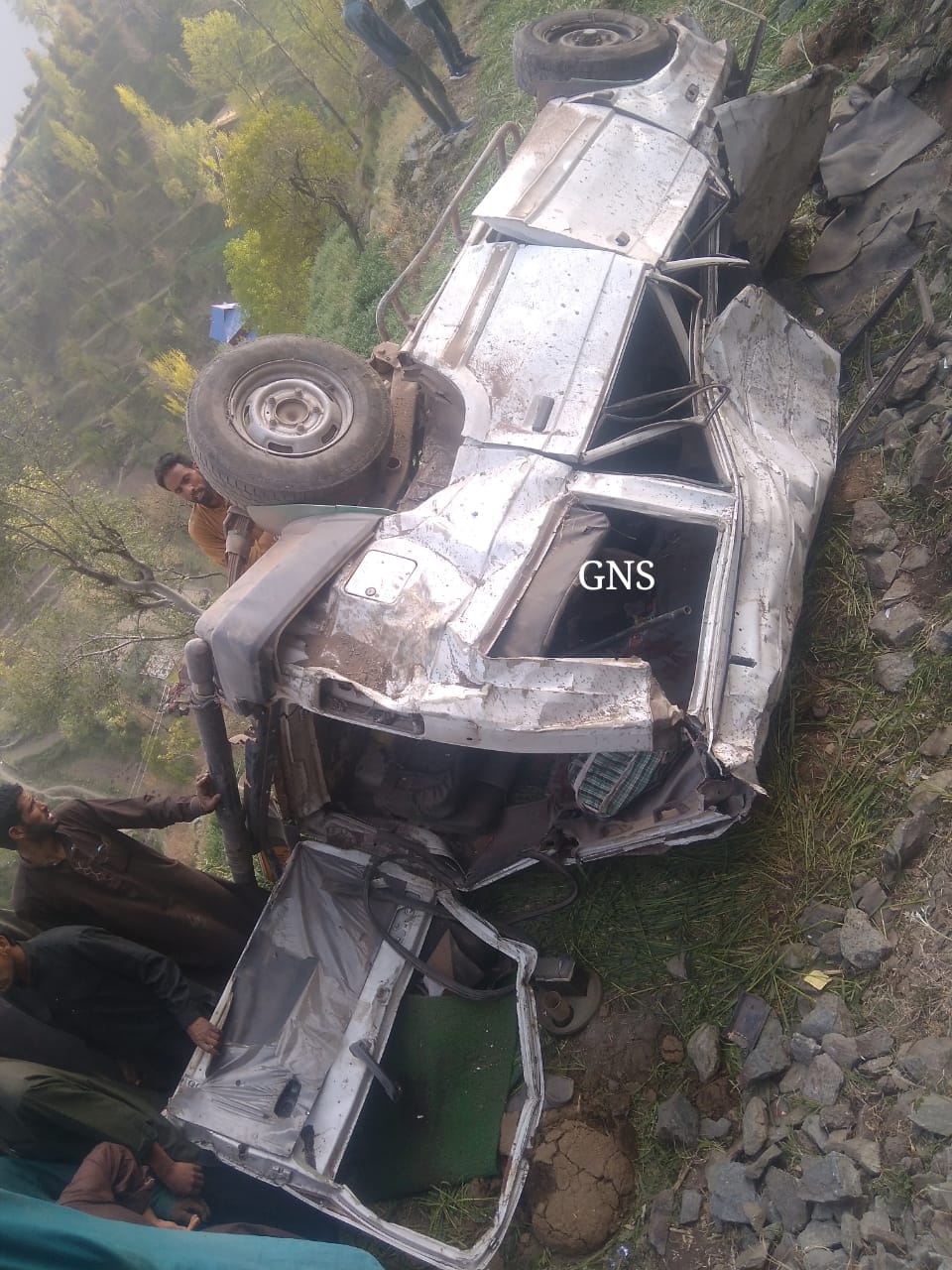 POONCH: At least six persons died and eight others sustained injuries after a vehicle they were travelling in fell into a 300-ft gorge at Tararawali Bufliaz area of Surankote Poonch on Thursday.

The accident occurred late in the afternoon when the people were returning home after attending a wedding at Murah, officials. “Apparently driver of the Sumo vehicle lost control over it and fell into the gorge,” a police official told. He said six persons died on the spot and eight others were injured. They have been shifted to hospital by rescuers, including local volunteers, police and army personnel. Tanveer Jeelani, DSP Surankote along with other police personnel are on the spot, the official said. (GNS)