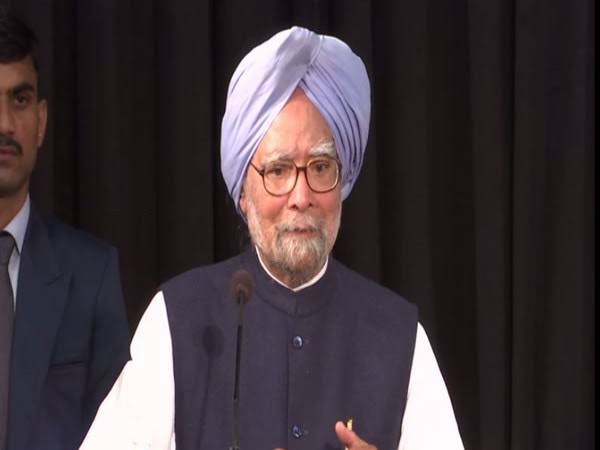 Former prime minister Manmohan Singh on Tuesday released the ‘vision document’ of the Congress government in Madhya Pradesh on the completion of one year in power.
He also lauded the Kamal Nath-led government for accelerating the pace of social and economic development of the state in its first year of governance. “This includes creating fresh employment for thousands of new entrants to the labour force by collaborating with industry as well as by promoting micro-businesses, and addressing health and education issues which have not received adequate attention in the past,” he said while releasing the document here.
Singh also talked about the initiative taken by the state government to uplift the agricultural sector of the state and said that schemes like Jai Kisaan Loan Waiver Scheme and Naya Savera Scheme have uplifted the farmers.
“The commitment of the state government towards improving the lives of farmers and inclusive growth of other deprived sections of the society has already begun to yield results by newly launched schemes like Jai Kisaan Loan Waiver Scheme in which about two lakh farmers have been benefitted up till now and the remaining will be covered in the next cycle of the scheme,” he said.
“The Naya Savera Scheme will help unorganised labourers by integrating multiple benefits related to child education, medical treatment under Ayushmaan Bharat, accident insurance, subsidized electricity and so on at one platform,” he added.
The former prime minister also praised the state government for making efforts and attracting domestic and foreign private investment to enhance industrial growth in the region.
“The domestic and foreign private investment has also gained thrust by the recently organised ‘Magnificent Madhya Pradesh’ where the implementation of commitments was the prime focus of the government. This shows the clarity of thought and action of the state government,” he said.
Singh also claimed that the roadmap also has a system of periodic monitoring at every level by creating SMART KPIs and has reaffirmed the government’s commitment to delivering within the committed timeframe.
” This document on ‘Vision to Delivery Roadmap 2020-25’ is a very precise, focused and realistic collection of aspirations of the Madhya Pradesh government. I wish the state government all success in its implementation,” he further said.