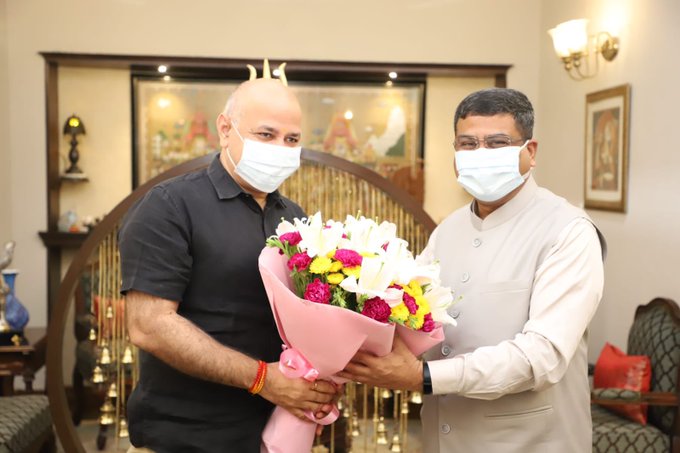 Delhi Education Minister Manish Sisodia on Sunday met Union Education Minister Dharmendra Pradhan in New Delhi. In a tweet, Mr Pradhan informed that during the meeting, they had valuable discussion on building quality education systems in the country and capacity building of teachers.  Besides, they also discussed about grooming future leaders in school and  equipping youth with market-relevant skills.

In a tweet, Mr Sisodia expressed confidence that such discussions would lead to effective implementation of National Education Policy. He also gifted Mr Pradhan his book Shiksha on Delhi education reforms.