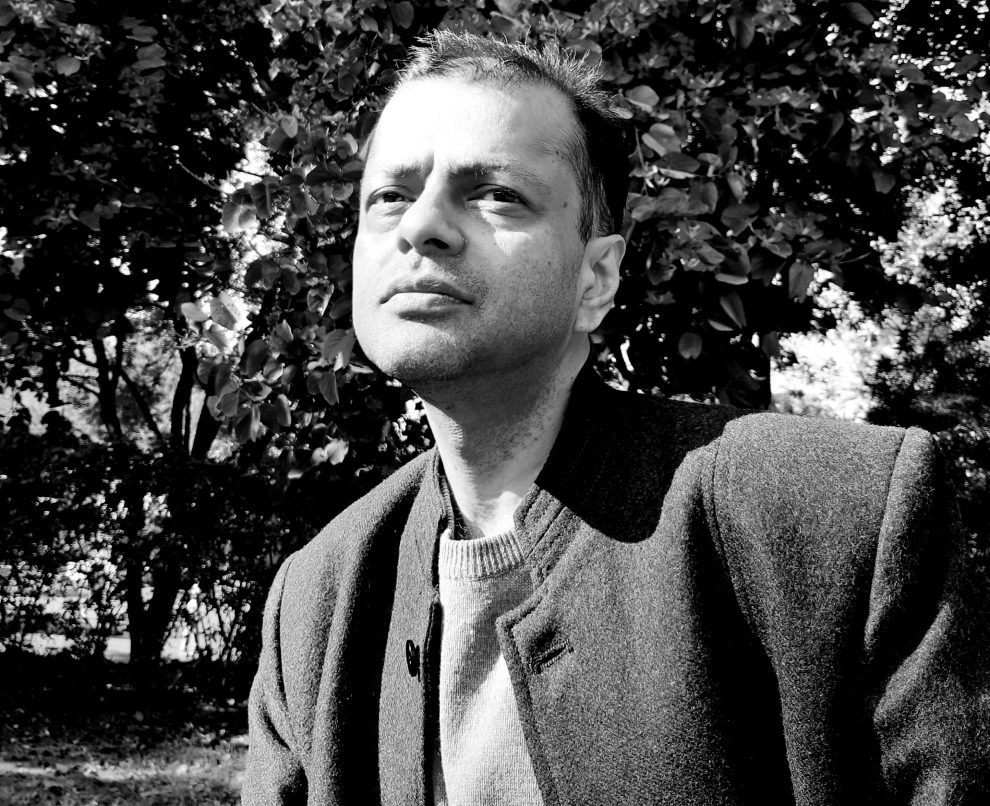 Editor’s Note: The following excerpt has been taken from the section ‘Copper Coins and Abstract Shit’, written by the author on Sunday, March 29, 2020.

I thought of reading Zbigniew Herbert today. He was among the best post-war Polish poets. Herbert’s rise as a poet coincided with the decline of the Stalinist hold in Polish culture and literature. Herbert had good reasons to dislike communism for what it did to his country. I took out his book of collected poems. I love the black and white cover, with Herbert lighting a cigarette. I prepared tea and checked the news. The fragile peace was broken.

Thousands of migrant workers had gathered in Delhi’s Anand Vihar bus station, hoping to find a bus that would take them home. Some had heard of a dangerous virus putting lives in peril. But all they were certain of so far was the threat of hunger. They were also scared of the police.

The Delhi chief minister had promised distribution of food, but it was not enough. Staying in the city was difficult without being able to pay the rent. With work suspended indefinitely, there was no other option for these daily wage earners but to head home. There were four-year-olds on their fathers’ shoulders, and ninety-year-olds with walking sticks.

When the prime minister declared the lockdown on March 27, the decision was superficially meant for everyone. Politically, it was meant for the middleclass and elite alone. The poor live outside the government’s thinking. In normal circumstances, while everyone else is working toward a better life, the poor work against hunger. If emergency for the elite meant social alienation with immediate effect, for the migrant workers it meant social chaos. The state of emergency pushed the poor (closer) to hunger.

I could not open the pages of Herbert until after lunch. A cool breeze was blowing, and the sun was gently warm. I took my cane-stool and sat with my back to the sun. Herbert’s poems speak of a man who has quietly observed life from the margins, the way he has observed the sea, as a natural metaphor of life. There is an echo of similarity with his Polish counterpart, Czeslaw Milosz, which isn’t surprising. But Herbert is darker, and sharper. It is rare to decipher a smoky voice in poetry (the way you can describe a singer having a smoky voice). Herbert’s voice is like that, but it doesn’t lack precision. Let me share these powerful lines from the poem, ‘WALL’:

“We stand against the wall. Our youth has been taken from us like a condemned man’s shirt. We wait. Before the fat bullet lodges itself in our necks, ten or twenty years pass.”

I was reminded of the film on Kashmir, Haider, by Vishal Bharadwaj (based on the script by Kashmiri writer, journalist and friend, Basharat Peer). In one scene, we hear the shrieks   of young men in custody, piercing the silence of the night. The heaviness is on screen, and one shudders to imagine how it would be in reality.

I am also reminded of Yannis Ritsos’ Diaries of Exile, where he recounts long and difficult hours in prison. I plan to reread the book soon.

It is strange to associate youth with the time of waiting, because the time of youth is activity. But political activity is risky, and might put you out of the sun, or the sun out of you. In her historic poem, “Requiem” (1961–63), Anna Akhmatova describes how she stood among patient, old mothers for “seventeen months in prison queues in Leningrad”. They were waiting for the release of their young sons who were imprisoned on flimsy grounds by Nicholai Yezhov, the secret police official under Stalin. In a remarkable lyric poem of witnessing and resilience, Akhmatova registers her presence “here, where I stood for three hundred hours / And where they never, never opened the doors for me.”

I spend an hour or so, cooking and washing dishes. I cooked mutton in mint leaves for lunch. I ground mint and coriander leaves with green chilies and added it to the sauce where I had already put the usual stuff: masala, garlic, ginger, onions and tomatoes. I added a cup of curd.

I prefer less spice these days. Once upon a time, I used to have whisky with stuffed red chilli pickle made in Andhra Pradesh. I have enjoyed pork with the famous ‘raja mirch’ (or king chilli), made in Meitei, Naga and Khasi styles. A roasted form of the king chilli is also used in the special chutney made with fermented fish. Red chilli was brought to India by the Portuguese in the early sixteenth century. In Mughlai cuisine they used black pepper.

These days, during lockdown, I miss meeting the waiters from the nearby market. I miss speaking to Jerry, the young Malayali food enthusiast and manager at the restaurant, Fig & Maple.

I would have long conversations with him on food, alcohol, and the hazards of majoritarian politics. He introduced me to the delicacy of Kollam Fish Curry, made with mustard paste and curry leaves, and served with yellow rice. He and his girlfriend considered the World Book Fair in Delhi every January as a “pilgrimage” and saved up money for it.

I took time to speak Bengali with the young male waiters in Carnatic Café. I usually hide my Bengali identity in public. It probably comes from a sense of estrangement with my community which I seek to retain. It also helps me practice my little mischief: eavesdrop on Bengalis bitching about other people.

Rimbaud’s stated in a letter written in 1871 to his friend and poet, Paul Demeny: “I is another” (Je est un autre).

The self cannot be defined because the self is always seeking to be someone else, someone it is not. You can’t recognise the self through conventional markers of identity and rational knowledge.

The most radical exemplar of Rimbaud’s declaration, for someone who is alienated from his community, is Melvin (name changed), the young man from Nagaland at a nearby café. When I chatted with him for the first time, I tried to impress him with talk of pork and the king chili. He looked unimpressed. I told him the recipe of pork I had invented and named, “Halfway Goa” (marinade the pork in Goan style, in lime juice, and roasted and crushed mustard seeds before cooking the meat in the northeast way, in its own oil, with crushed garlic and ginger, onion slices, tomatoes, usual masalas, and kaffir leaves). Melvin listened patiently, but there was a strange discomfort on his face. I was deeply puzzled. I couldn’t imagine what was wrong until he explained. I listened in amazement: He had run away from home because of a dislike of spices. He asked friends in which city he might find a decent job where people were not mad about spice. Someone told him Delhi. He cannot stand spice. He ran away from his own people, who can’t live without it. The only meat he liked was chicken. Otherwise, he was happy being vegetarian. I was incredulous. If I told this story to anyone, they wouldn’t believe me. But truth is stranger than fiction.

I could not be friends with Melvin on matters of food. But I succeeded in something neither of us anticipated. I don’t remember what prompted it, but one evening I was telling him about my schooldays. I mentioned how I used to write letters to my girlfriend and that became so adept at letter writing that other boys would come to me to write letters for them. They would tell me their feelings and I would turn them into a bouquet of words. The role of the surrogate writer of love letters helped me to better understand my own feelings. It also improved my felicity in the English language. Sometimes boys are insincere and exaggerate their feelings to the point of using someone else’s words to pass off as their own.

Excerpted with permission from The Town Slowly Empties: On Life and Culture During Lockdown, Manash Firaq Bhattacharjee, Copper Coin Publishing. Read more about the book here and buy it here.