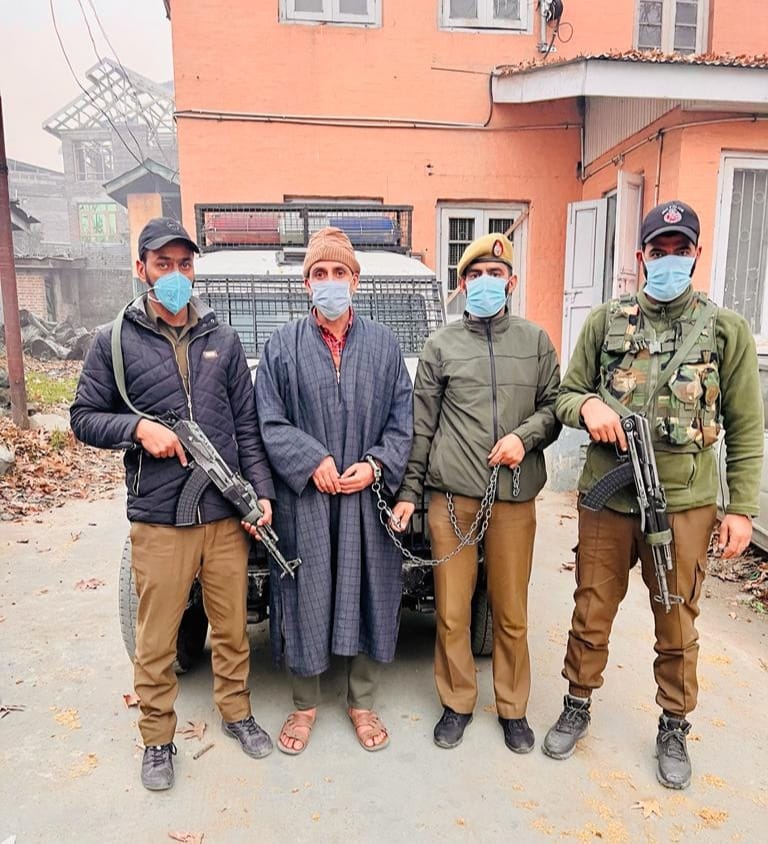 BUDGAM: The Budgam police have cracked a murder case within 24 hours by arresting an accused person involved in the killing of his wife in Nasarullah Pora area of Budgam.

Budgam police in a statement said, On 02/12/2022, Police Station Budgam received information that one lady namely Muslima wife of Ghulam Mohammad Bhat resident of Nasrulla Pora Budgam, aged about 36yrs had died but the dead-body bears visible ligature marks which makes the cause of death suspicious.

Police party along with senior police officers rushed to the spot to examine the scene of crime/house where the said lady was found dead. During the initial investigation many pieces of evidence were collected. Besides, during the examination of the dead-body, visible ligature marks on neck of the deceased lady were found and subsequently the dead-body was taken into possession by police for legal formalities, the statement reads.

Accordingly, today post Mortem of the dead-body was conducted at GMC Srinagar in presence of Magistrate under proper videography. Simultaneously, the husband of the deceased lady Ghulam Mohammad Bhat was taken into custody for questioning. During sustained questioning, the accused admitted to have killed his wife by strangulation which he had pre-planned as corroborated by the preliminary post mortem report, it read.

It is pertinent to mention that the deceased lady belonged to Kolkata and had been married with the accused just 20 days ago. In this regard, a Case vide FIR No. 393/2022 under relevant sections of law stands registered at Police Station Budgam and further investigation is in progress.