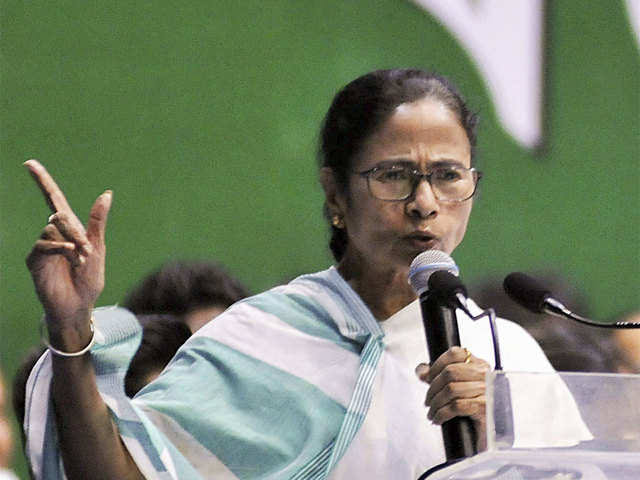 West Bengal Chief Minister Mamata Banerjee on Wednesday said that Citizenship Amendment Act (CAA) and National Register of Citizens (NRC) will not be implemented in the state and accused Home Minister Amit Shah of acting more like a BJP leader than Home Minister.
She accused the BJP-led government of failing to implement its promise ‘sabka saath, sabka vikas’ (taking everyone along, development for all). “You (Amit Shah) are Home Minister of the country, not only a BJP leader. Please maintain peace in the country. You have not adhered to ‘sabka saath, sabka vikas’ but ‘sabke saath sarvanash’ (devastation for all). Withdraw CAA and NRC or else I will see how you will implement it here,” she said while addressing a gathering here.
Banerjee had said on Tuesday that ruling Trinamool Congress’ slogan is “No CAB, no NRC in Bengal'”.
She had also alleged that the citizenship amendment bill was brought without proper consultations.
The Act seeks to grant Indian citizenship to refugees from Hindu, Christian, Sikh, Buddhist and Parsi communities fleeing religious persecution from Pakistan, Afghanistan, and Bangladesh and who entered India on or before December 31, 2014.

The Dispatch is present across a number of social media platforms. Subscribe to our YouTube channel for exciting videos; join us on Facebook, Intagram and Twitter for quick updates and discussions. We are also available on the Telegram. Follow us on Pinterest for thousands of pictures and graphics. We care to respond to text messages on WhatsApp at 8082480136 [No calls accepted]. To contribute an article or pitch a story idea, write to us at [email protected]dispatch.in |Click to know more about The Dispatch, our standards and policies