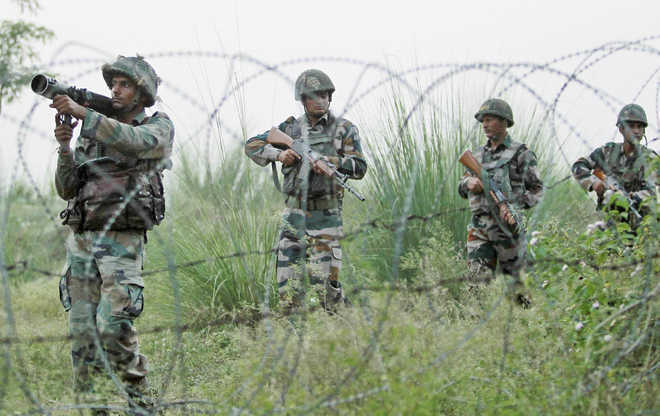 Says two militants were killed, another injured as 4-6 were pushed back

Jammu, Jan 03: Army in Jammu and Kashmir’s Rajouri district Sunday claimed that they foiled an infiltration attempt on the Line of Control on December 30 by killing two militants and pushing back four to six others.

Official sources termed it as one of the major infiltration attempt made along the Line of Control in 2020. They said that among the 4-6 militants who were pushed back, one also got injured.

The bid was made at Tarkundi Gali area along LoC in Rajouri sector. Officials told the news agency—that a group of six to eight militants tried to infiltrate near Tarkundi area on December 30.

“The troops of army deployed at LoC posts noticed the movement and acted promptly, thereby foiling the bid,” they said.

Officials further said that three infiltrators got injured in the incident and later two among them died.

They said that entire area on the LoC in Tarkundi and Balakote is witnessing ceasefire violation from the last several weeks while security forces also busted a militant module operating in the area by arresting three militant associates.