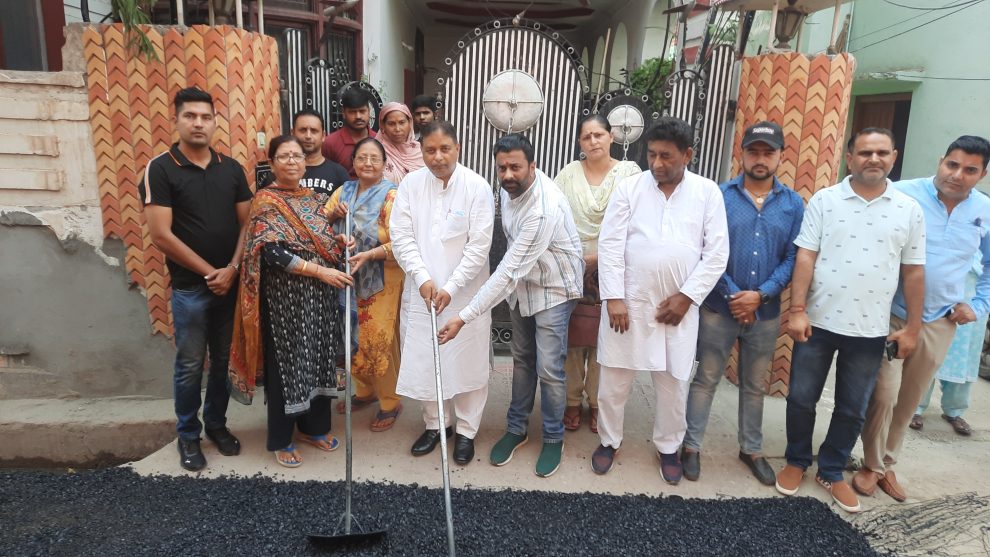 Speaking on the occasion, Sat Sharma said that construction of road was a long pending demand of the residents of the area and the demand has been fulfilled. Sharma highlighted the major works taken up in the constituency in the past years.

He said that other areas of Jammu West Assembly segment are also kept on priority and wherever necessary, the development works are taken up so that people do not face any problem regarding infrastructure in their areas. He stated that Jammu West Constituency is moving towards achieving the status of a Model Constituency. He mentioned that more projects are in the pipeline and will be executed in a time bound manner.

Neelam Nargotra and Keshav on the occasion assured the residents that all their genuine demands would be looked into on priority and assured that they shall be forwarded to the concerned authorities for early approvals and execution of the works. They also stated that with the efforts of Former MLA many works were taken up in the ward and the pace of development will continue in coming times as well.