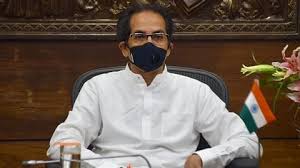 The Maharashtra government on Monday tabled the Shakti Bill, pertaining to the prevention of incidents of violence and atrocities against women and children in the state.
Notably, the Shakti Bill was drafted on lines of Andhra Pradesh’s Disha Act. The Bill was introduced on the first day of the two-day special Assembly Session called to pass the law pertaining to the safety of women and children.
Maharashtra Home Minister Anil Deshmukh had earlier said that a Bill similar to Andhra Pradesh’s Disha Act — that provides for harsher punishments to those guilty of heinous crimes against women — will be tabled soon.
The Minister had said that under the proposed law, the whole trial of rape cases will be completed in 21 days and there would be provision for stricter punishment including the death penalty.
The Disha Act 2019, allows stringent punishment for crimes committed against women and enables the death penalty for rape and reduces the judgment period in such cases to 21 working days.