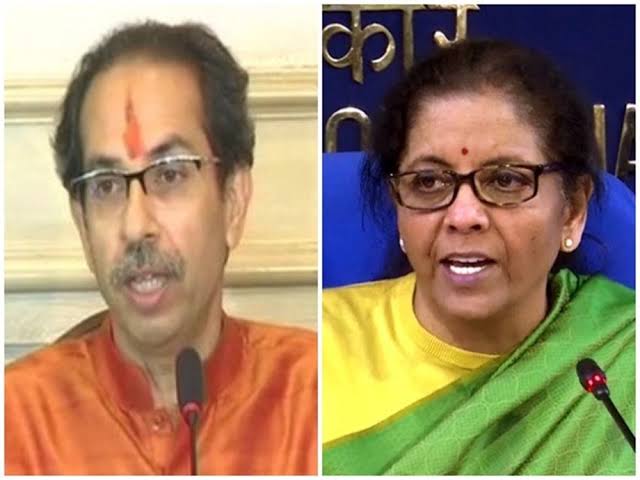 The Maharashtra government is awaiting its “legitimate dues” of Rs 15,558.05 crore including GST compensation up to November 2019 from the Centre, Chief Minister Uddhav Thackeray wrote to Finance Minister Nirmala Sitharaman.
In his letter to Nirmala Sitharaman, the Chief Minister has sought immediate release of the amount. “Maharashtra is waiting for its legitimate dues of Rs 15558.05 crore from the Government, it is also suffering due to shortfall in tax devolution. Timely release of GST compensation and tax devolution amount will help my state to manage the finances efficiently,” Thackeray wrote.

The chief minister added that with the further slowdown of the economy during the second quarter, it is likely that there will be a further reduction in tax devolution.”Because of the slowdown in the economy, there is a shortfall in GST collections compared to the benchmark growth of 14 per cent. During the current financial year, we have received Rs 5635 crore as GST compensation for the first four months only. However, an amount of Rs 8611.76 crore is due as GST compensation up to November 2019,”

Thackeray in his letter further wrote that the IGST settlement was done during 2017-2018 based on the tax devolution formula of the Finance Commission, instead of the formula adopted for the IGST settlement.
As per a report by CAG, for the year ended March 2018, it is noticed that IGST settlement for many transactions is not happening. This is partly responsible for the accumulation of huge unsettled balance under IGST. “This has resulted in a ‘shortfall’ of IGST settlement due to my state,” the CM added.
“I request you to kindly look into the matter and release the pending dues expeditiously so that the development programmes of Maharashtra State do not suffer,” he added.