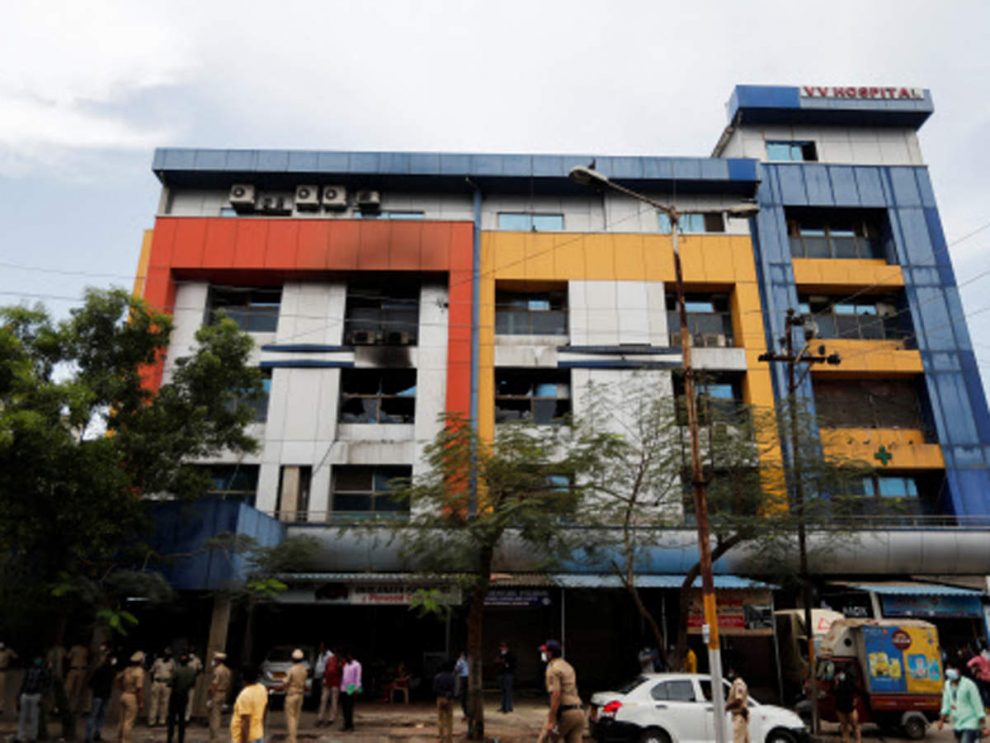 13 patients lost their lives in a fire at a private covid hospital in Virar near Mumbai. The Maharashtra Government has ordered an inquiry into the incident. Maharashtra Government has announced ex-gratia of 5 lakh rupee to the kin of those who lost their life in Virar incident. Financial Aid of rupee 1 lakh will be given to seriously injured patients.

Chief Minister Uddhav Thackeray has asked officials to check whether a fire audit of the hospital was carried out or not. Home Minister Dilip Walse-Patil has also asked the Director General of Police for a detailed inquiry.

Fire was reported due to a blast in the AC unit at ICU of hospital at around 3 am today. Hospital’s Medical director Dr. Dilip Shah said that, total 17 patients were admitted in ICU out of which 4 lives have been saved.

Prime Minister Narendra Modi has expressed sadness at the loss of lives due to fire in a hospital in Maharashtra. In a tweet, Mr Modi said, the fire at a COVID-19 hospital in Virar is tragic. He expressed condolences to those who lost their loved ones. He hoped that the injured would recover soon. Mr Modi has approved an ex-gratia of  2 lakh rupees each from Prime Minister’s National Relief Fund PMNRF for the next of kin of those who have lost their lives due to the hospital fire in Virar, Maharashtra. 50 thousand rupees will be given to those seriously injured.

Health Minister Dr Harsh Vardhan has expressed sadness at the loss of lives due to fire in a hospital in Mumbai. In a tweet, the Minister expressed condolences to the bereaved families and wished speedy recovery to the injured.

Defence Minister Rajnath Singh said that he is saddened by the loss of lives due to the tragic fire at the Hospital in Palghar. He expressed condolences to the bereaved families and prayed for the speedy recovery of the injured.