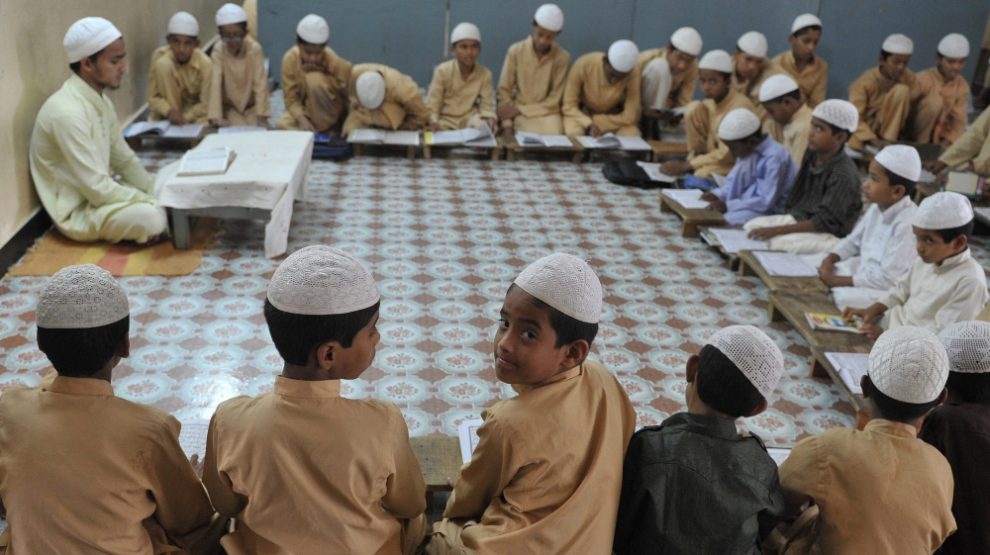 Should State-run madrasas be shut and converted into general schools like Assam has proposed, or better it is for Muslim scholars and educationists to prepare a roadmap to initiate modern education in madrasas across the country? At one point, the Centre is reported to have had talks with Aligarh Muslim University, few IIMs and Jamia Millia Islamia to start an executive development programme (EDP) for madrasa teachers. The subject needs to be dealt in the right perspective and by adopting a holistic approach.

Madrasas have played an important role in the history of Islamic civilisation. They have been harbingers of several revolutionary achievements in fields as diverse as jurisprudence, philosophy, astronomy, science, religion, literature and medicine. It was only when the Golden Age of Islam began to decline that the madrasas lost their academic and intellectual purity, and ceded prime space to western oriented education.

Throughout much of Islamic history, madrasas were the major source of religious and scientific learning, just as church schools and universities were in Europe. They were primogenitors of Islam’s hallowed scholarly tradition and a conduit for exporting Islamic scholarship to the world. No madrasa stood alone; each was linked to other madrasas through a steady exchange of visiting scholars, teachers and students. The mosaic of madrasa learning was a product of mutually nourishing sources of scholarship that was exchanged through an informal unwritten guild.

Leading luminaries have contributed to the texture of the academic fabric in the hallowed portals of these great intellectual powerhouses which dominated the Islamic civilisation when it was at its zenith. It is no surprise that the names of acclaimed figures adorn the scrolls of these institutions.

While it is true that madrasas have in many cases outlived their role, they need not be decimated. What they need is essentially a makeover in a way that respects traditional sensibilities and attempts to synergise classical and modern learning so that they are viable educational institutions for modern society. There is certainly a need for a shift in paradigm. This has to be done in a gradual manner. Any attempt at modernising madrasas should ensure that their traditional cultural moorings are not uprooted. We are witnessing a transitional phase where madrasas are certainly taking initiatives, albeit slowly, to overhaul their teaching pedagogy and curricula.

Madrasas cannot be substitutes for modern schools, but for those who cannot afford to send their children to these schools, madrasas are the only option. In the absence of madrasas, the threat of illiteracy looms large for this section of population. The parents on their part must realise that if they can’t afford the financial means to nurture these children they must properly plan their families. Madrasas should not be seen as orphan homes or crèches for children who are financially orphaned.

The madrasa curriculum that has presently been standardised across the Indian subcontinent for well over two centuries was designed by the 18th-century scholar Mulla Nizamuddin Sahalvi. Thus, the curriculum was named after him as “Dars-e-Nizami”. When the East India Company purchased the right to collect revenue in the Mughal provinces of Bengal, Orissa and Bihar from Emperor Shah Alam, one of the clauses in the purchase agreement was that the British company will not change the legal and administrative systems in those provinces. Obliged by the need to train judges and administrators to run those systems –mostly operating under Hanafi Muslim laws — the company needed to devise a curriculum for the schools that it wanted to set up for its prospective employees.

This syllabus was an adapted version of the original Dars-e-Nizami devised by Abu Ali Hasan ibn Ali Tusi-known as Nizam al-Mulk-for the higher education institutions he set up as the prime minister of the Seljuk Sultans, about six centuries earlier. These institutions were called Nizamiyyah after him and their curriculum was consequently known as Dars-e-Nizamiyyah or Dars-e-Nizami.

The advent of British control over South Asia however undermined traditional madrasas and led to important changes in the educational system. English replaced Persian as the language of official correspondence in the 1830s (thanks to the East India Company), and missionaries began establishing English-language alternatives to religious schools. The biggest change came in the aftermath of the failed 1857 uprising against British rule in India. From this transition, the Darul Uloom madrasa emerged in Deoband, India. Later two more large institutions took shape, Darul Uloom Nadwatul Ulam at Lucknow in 1898 and Jamia Rizvia Manzar-e-Islam, at Bareilly in 1904.

Madrasas are far from being completely immune to change and reform. Likewise, few ulema could claim to be completely satisfied with the madrasas as they exist today. Indeed, leading ulema are themselves conscious of the need for change in the madrasa system. As their graduates go out and take up a range of new careers, in India and abroad, and as pressures from within the community as well as from the State and the media for reform grow, madrasas, too, are changing. Change is, however, gradual, emerging out of sharply contested notions of appropriate Islamic education.

The traditionalists believe that the aim of the madrasa is different from that of a modern school. The only way to pass judgment on the madrasas is to see how far they have been able to achieve their own aims, such as inculcating piety, promoting religious knowledge, control over the base self (tahzib-i nafs) and service of others. But critics argue that Muslims must acquire knowledge of all aspects of the dunya (this world), in addition to that of the deen (religion). Moreover, even in traditional spheres of learning, madrasas are found to be highly wanting. There is strong criticism of the current stress on parroting entire sections of books without exercising reason or critical thought, as a result of which few students actually properly comprehend what they are taught. The students are mere autodidacts in religious matters.

Critics see the madrasas as discouraging debate, dialogue and critical reflection, and treating students as passive learners, thus cultivating a climate of stern authoritarianism. They bewail what they see as the low moral standards of many madrasa students. Even traditionally educated religious scholars, who may be considered to have a vested interest in the preservation and defence of their tradition, have also often been vigorous critics of several aspects of madrasas.

The inclusion of English, mathematics and science in the curriculum of madrasas would enable students to better deal with the contemporary world and help them develop a broader mindset. Mere access to technology cannot help a person develop a progressive and liberal attitude. These subjects are only tools. It is the mindset that defines how these tools will be put to use. When we live in a pluralist society it is equally important that we have a basic understanding of other faiths.

It appears there is a strong consensus that madrasas need to keep pace with the imperatives of changing times. They should enlarge their worldview and build enough resilience and malleability to respond to the fluid and changing world. Cultural isolation can only lead to stagnation.

The right approach would be to temper classical and traditional learning with liberal thought. It can foster a culture which will engender the two streams of learning to nourish each other. This will enable the students of these seminaries to lead lives that are as true to their faith as they are attuned to modem needs. It will build them into empowered stakeholders in the shaping of their own future as well as of their communities. An enlightened and productive human capital is the most precious asset of a society, and madrasas can certainly be key enablers in this task. Modern subjects can also help the students to gain a good grounding in secular subjects and technical skills so that they do not lose out in an increasingly competitive and globalised workplace.