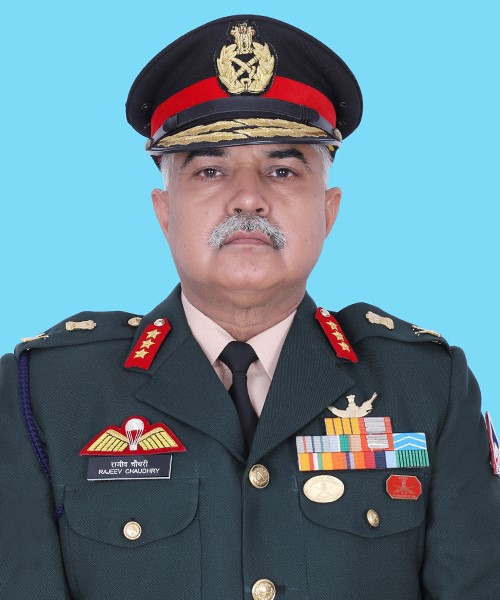 Lt Gen Chaudhry was commissioned into the Corps of Engineers from Indian Military Academy, Dehradun in 1983 and has attended all prestigious courses of the Indian Army including staff Course at Defence Service Staff College, Wellington, Higher Command Course at Army War College, Mhow and the National Defence College, New Delhi. He is also an M-Tech from IISc Bangalore.

Before taking over as Director General Border Roads, he was holding the appointment of ADG LW&E in QMG’s Branch at Integrated Headquarters of Ministry of Defence (Army).

Lt Gen. Chaudhry was responsible for conceptualising and conducting the first-ever and only Engineer Brigade Exercise with US Engineer Brigade as part of EX YUDH ABHYAS. He was also nominated as Exercise Director of EX FORCE 18, a multinational exercise involving 18 countries on Humanitarian Mine Action (HMA), in the year 2016.

The General Officer has held various staff, instructional and command appointments. Some of his important appointments include Command of an Independent Field Coy, Engineer Unit and Command of an Engineer Brigade. He has also tenanted the appointment of Chief Engineer Southern Command.

V Prez, PM pay tributes to India’s first President Dr Rajendra Prasad on his birth anniversary
Dr. Harsh Vardhan calls upon scientists to scale up their sewage treatment technology for use across the country
Comment