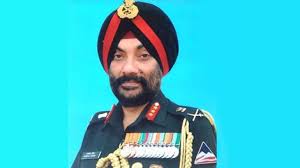 Lt Gen Harpal Singh has been appointed as the new Engineer-in-Chief of the Indian Army. He is presently the Director-General of Border Roads Organisation and would take over his new appointment on December 1.

Lt Gen Harpal Singh, an alumnus of National Defence Academy, Khadakwasla, was commissioned into the Corps of Engineers on 24 December 1982.

Major Gen Rajeev Chaudhary has been appointed as the new Director-General of the Border Roads Organisation. The BRO is responsible for the construction and maintenance of roads along the borders with China and Pakistan.