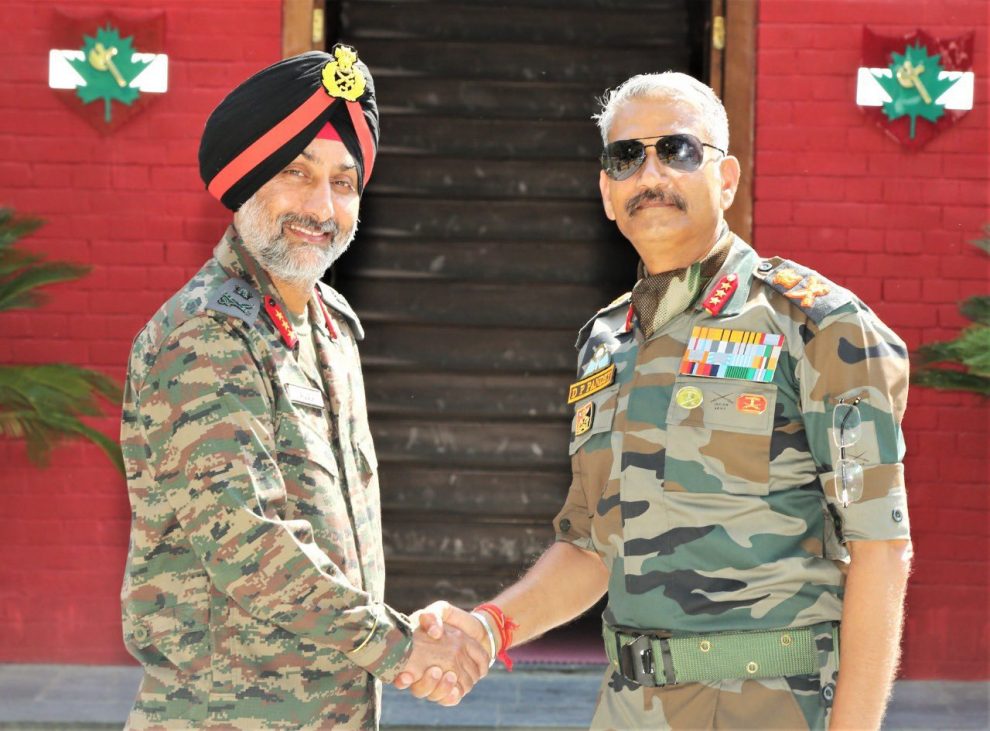 Lt Gen Pandey commanded the Corps in a critical phase of 2021, when Kashmir was confronted with the twin challenges of terrorism and the second wave of COVID-19 pandemic.

The tenure has been defined by an improved security environment prevailing at the Line of Control (LoC), as well as in hinterland. With the civil administration and security forces synergising their efforts to bring normalcy back to Kashmir, terrorism is on an decline with assessed residual terrorist numbers reduced to an all-time low, the spokesman.

A dynamic deployment along the LoC integrated with technical intelligence and robust anti-infiltration grid ensured drastically reduced infiltration, the spokesman said, adding the opportunity afforded by the Ceasefire Violation agreement resulted in renewed attempts to bring succour to the local population residing along the LoC.

In the hinterland, all elements of security forces were synergised to break the cycle of violence.

Relentless operations, in tandem with Jammu and Kashmir Police and other CAPFs, based on hard intelligence were carried out to neutralise terrorists, with minimum collateral damage and zero civilian fatalities, the spokesman said.

The approach also included outreach to families, including those of active terrorists to minimise recruitment and induce surrenders amongst local terrorists. Various programmes were incorporated to stymie radicalisation and incitement being carried out by ‘White Collar Terrorists’ to misguide and force the youth of Kashmir onto the path of violence.

The conflict entrepreneurs were targeted, while simultaneously engaging youth through various initiatives, extending myriad platforms to showcase their talent, ranging from sports to cultural arenas. The efforts have borne fruits, with the terrorists’ number dwindling to an all-time low of 150, the spokesman said.

Lt Gen Pandey’s contribution to peace and stability in Kashmir were recognised by the Uttam Yudh Seva Medal’ (UYSM) award by President Ram Nath Kovind on Republic Day this year.

In his farewell message, Lt Gen Pandey complimented all ranks of Chinar Corps for their dedication and hard work. He appreciated JKP, CAPFs, civil administration and community members for their relentless support in the joint effort towards peace and prosperity in J-K.