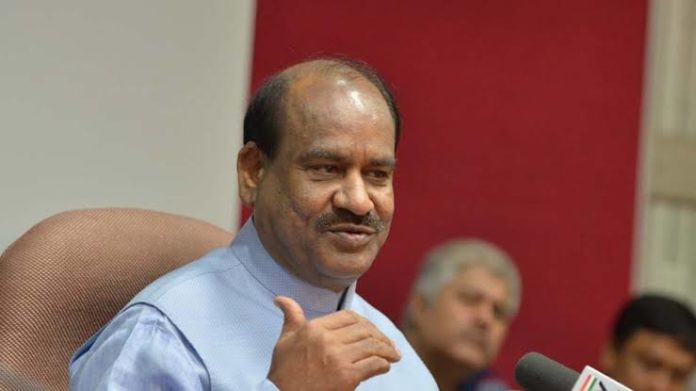 Lok Sabha Speaker Om Birla reached Harrawala in the wee hours of morning on Wednesday as he is scheduled to inaugurate the 79th conference of presiding officers of legislative bodies in Dehradun today.
The presiding officers of all state legislatures are likely to participate in the two-day conference and share their experiences. Among the items on the agenda is ‘Tenth Schedule to the Constitution and the role of the Speaker’.
According to an earlier official release, the tenth schedule of the Constitution deals with disqualification of members of parliament or members of state legislatures on the basis of change of party.
According to the schedule, the question is decided by the Chairman or Speaker of each House whether or not a member is disqualified.
Another important topic of discussion at the conference is ‘Strengthening parliamentary democracy and capacity building through in-house devices including Zero Hour’.
The release said members of legislatures have the power to make laws and ensure accountability of the executive and these powers are exercised under established parliamentary procedures and rules.
“During the Zero Hour, members can raise such matters which they consider to be matters of urgent public importance and which they want to avoid due to delay in raising them under normal procedure rules,” it said.
The forum of Conference of Presiding Officers of Legislative Bodies was launched in 1921. Dehradun will be hosting the conference for the first time.