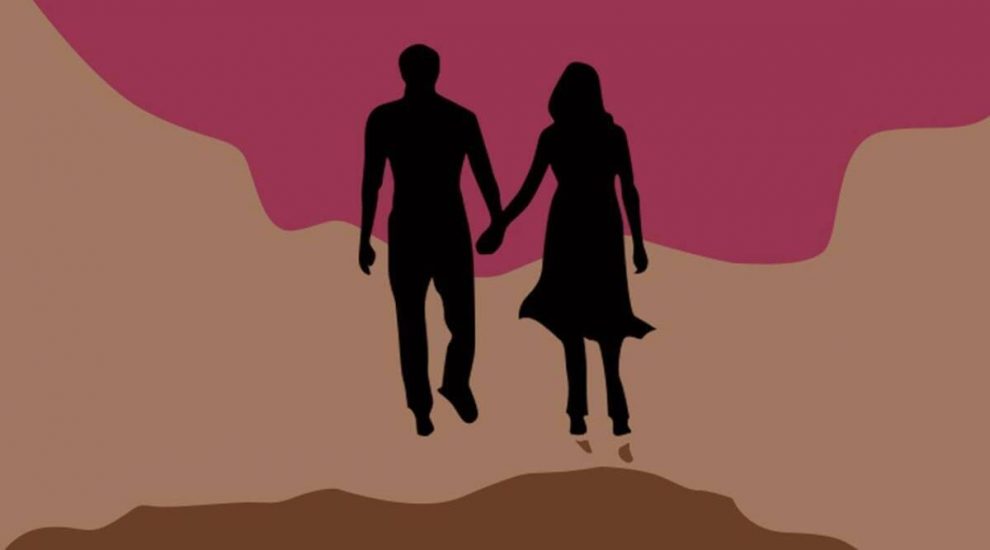 India is once again caught up in a battle royale between the Gods, in a new age avatar: Love Jihad (LJ), a convenient political tool and de rigueur fallaciously wrapped in development that helped bring the BJP to power at the Centre and several States and get it Hindu votes. Whereby, ishq-mohabat-shaadi cutting across caste and religious boundaries inter-meshed with forced conversions churned the political cauldron resulting in an unholy clash between the ‘holier than thou’!

The latest Love Jihad outcry has its genesis in a 21-year-old girl being shot dead outside her college in Haryana’s Faridabad with the girl’s family alleging the accused had been pressuring her to religiously convert and marry him. Thereby, reopening the can of worms of the old familiar enemy, country wide.

The modus operandi is simple. Young Muslim men call themselves Sonu Bhai, Pappu bhai wear red hand bands to appear Hindus, feign love to non-Muslim women and then trap girls to elope and marry them for the “sole purpose” of converting them to Islam either forcibly or fraudulently.

Resulting in the Hindutva brigade bandying Bahu-Beti Bachao Sangharsh Samitis and unleashing an aggressive, systematic campaign to create “awareness” and combat LJ with the BJP being the driving force behind anti love-jihadists legislations across States ruled by it. Wherein, any action taken against them is justified, even if it means taking law into their hands. Said UP Chief Minister Yogi Adityanath, “those who conceal their identity and play with the honour of our sisters and daughters, if you don’t mend your ways, your ‘Ram naam satya’ journey (final trip) will begin.”

To stem this, five Saffron States: UP, MP, Haryana, Karnataka and Assam are readying a strict law against ‘Love Jihad’, after the Allahabad High Court recently observed that religious conversion only for the purpose of marriage was unacceptable. This comes on the heels of BJP-ruled Himachal having passed an anti-LJ Bill last year.

In fact, Madhya Pradesh’s proposed Freedom of Religion Bill, 2020 describes LJ as a cognizable and non-bailable offence and provides for five years rigorous imprisonment. Assam has warned it will ensure jail term for anyone who harasses an Assamese girl or makes her a victim of love jihad by hiding their identity if the BJP comes back to power in 2021. Despite, the Union Home Ministry clarifying Love Jihad is not defined under existing laws and no such case has been reported so far.

Not many are aware the LJ programme started in 1996 with blessings of some Muslim organizations in Kerala, though the term was first heard in the State’s Pathanamthitta district in September 2009 and used in a Kerala High Court judgment three months later. Dubbing it ‘an alleged Muslim plot to forcefully convert young brilliant Hindu girls to Islam by having Muslim boys entrap them in love affairs’, it asked the State Government to consider enacting a law to prohibit such “deceptive acts of LoveJihad”.

Notwithstanding denials by Islamic fundamentalist outfits like National Democratic Front (NDF) and ‘Campus Front’ of Popular Front of India (PFI), the Kerala Government said that 2,667 women had converted to Islam in the State since 2006. Police figures on the other hand total over 8000 conversions in the last four years alone. Add to this another 60,000 girls have been converted in Karnataka alone according to the Hindu Janajagruti Samiti.  In the last two months  UP registered over 20 LJ cases.

Importantly, religious conversion has become the most exploited and explosive social and political issue in India. Reminiscent of the flurry of orchestrated propaganda campaign and popular inflammatory and demagogic appeals launched by the Arya Samaj and other Hindu revivalist bodies in the 1920s in UP, against the “abduction” and conversions of Hindu women by Muslim goondas, ranging from allegations of rape, elopement to luring, conversion, love and forced marriages to draw sharper lines between Hindus and Muslims. Although the term “love jihad” was not used at the time.

Turn North, South, East or West, the story is the same. Religion is turning out to be a question of money, big money. Recall, flush with funds from their headquarters in the US, a number of church groups allegedly converted hundreds of Hindus to Christianity in Tamil Nadu, Kerala, Andhra Pradesh, Kashmir and Karnataka by giving them money and jobs in the decades post Independence.

On the flip side, the VHP and the Bajrang Dal too established groups of armed youth, called Raksha Sena, in every village of Chhattisgarh, in order to stop conversions to Christianity.  And where conversions had taken place another movement called the Ghar Wapsi (“Return Home”) was launched in Madhya Pradesh, Rajasthan, Chhattisgarh, Jharkhand, Gujarat and Orissa for reconverting the tribal Christian back to Hinduism.

To put an end to this five States: Rajasthan, Orissa, Arunachal Pradesh, Chhattisgarh and Gujarat have enacted anti-conversion laws that bar conversions but allow re-conversions to Hinduism. Jharkhand has declared its intention to enact a similar law.

In fact, Article 25 of our Constitution which lays down the tenets of freedom of religion has an important rider.  It specifies the limits within which religious freedom can be exercised. All persons, it states are equally entitled to freedom of conscience, and the right to freely profess, practice and propagate religion, subject to public order, morality and health.

Dispute, if any, can only be on the interpretation of the expression “propagate any religion”.  Suffices to say that the State will not allow its citizens to do whatever they please in the name and under the guise of religion.  Clearly, our political Parties debunk Article 25 in quest of minority votes.

Fortunately, the Supreme Court settled this matter in 1973 wherein it distinguished between the right to proselytize and the right to convert. Upholding the Constitutional validity on anti-conversion laws enacted by Orissa and Madhya Pradesh in 1967-68, it ruled: “What the Constitution grants is not the right to convert another person to one’s own religion, but to transmit or spread one’s religion by an exposition of its tenders.” The Court also observed that organized conversion was anti-secular and that respect for all religions was the essence of India’s secularism.

Undeniably, the tales of the 1920s and of 2020 have certain common strains. Both campaigns are critically tied to a number-crunching politics and claims of Hindu homogeneity. Also LJ is today’s favourite  political whipping boy. Accused Rajasthan’s Chief Minister Gehlot, “The BJP is manufacturing Love Jihad to divide the nation and disturb communal harmony.”

Undeniably, religious conversions have nothing to do with protecting the sanctity of a religion. Nor does religious freedom justify extension to a planned programme of conversions. Such exercises are an aggression against the religious freedom of others. Hence, no quarter should be given to Muslim or Hindu communalism.

It is time now for our leaders to spare a thought for all those who have lost their lives in the meaningless Love Jihad over the years and delink religion from politics. Importantly, they need to understand that by playing Hindus and Muslims against each other they are only serving their vested interests. Neither Lord Ram nor will Allah forgive the polity for playing havoc in its name. Let us not reduce LJ to a political gimmick. We need to consider a ban on divisive politics. High time we did a cost-benefit analysis and put a stop to converting religious gush into political slush. True Love Jihad, anyone?