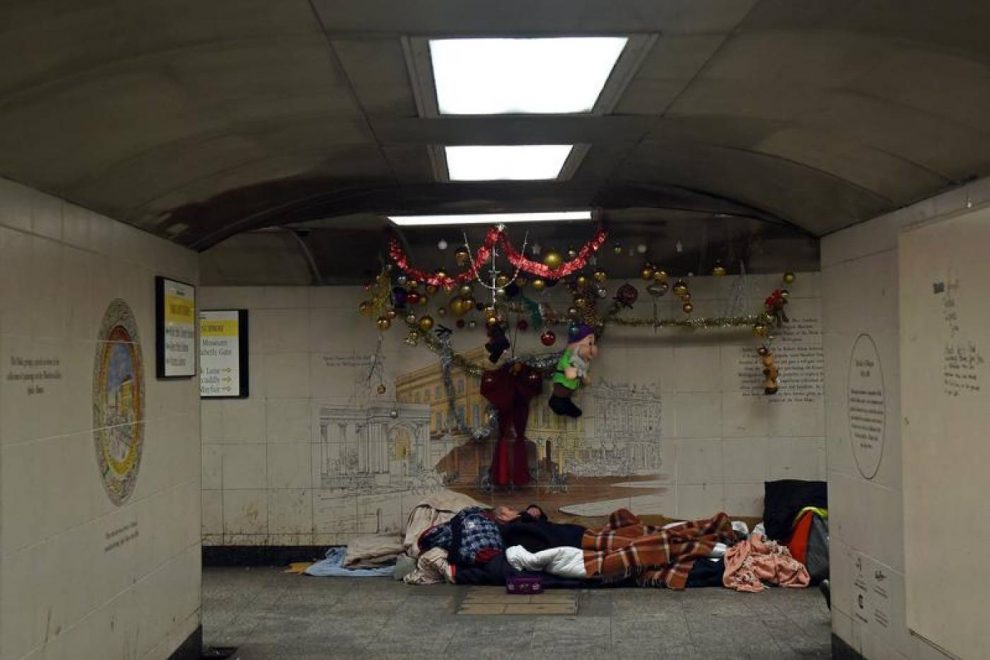 LONDON: London leaders said on Tuesday they would not co-operate with “deeply immoral” new immigration rules allowing for the deportation of foreign rough-sleepers.

They said the policy would deter vulnerable people from seeking help, putting them at increased risk of exploitation by unscrupulous employers and landlords, and would undermine the government’s efforts to tackle modern slavery.

Critics also expressed serious concerns that the changes were being introduced by the Home Office, or interior ministry, amid the COVID-19 pandemic, and as temperatures plunged in the capital.

“City Hall … will not collaborate with such draconian measures, which punish people simply for not having a home,” Deputy Mayor for Housing Tom Copley told the Thomson Reuters Foundation.

“These plans are particularly appalling in the midst of a global pandemic and the deepest recession in generations. The government should think again.”

Under the policy introduced on Dec. 1, immigration officials can make rough sleeping a legal ground to cancel or refuse someone’s right to stay in Britain.

However, a government spokesman said removal would only be considered as “a last resort” for a small minority of rough sleepers who refused government and local authority support and engaged in persistent anti-social behaviour.

Three London boroughs – Islington, Haringey and Southwark – said they would defy the rules.

More than 10,700 people slept rough in the capital in 2019/20, 21% up on 2018/19, according to a Greater London Authority database on rough sleepers. More than half were non-UK nationals, many with no access to state support.

“Homelessness is not a crime, and should never be treated as such,” Islington councillor Diarmaid Ward said.

City Hall has written to all London boroughs telling them not to share details on rough sleepers on the database with the Home Office.

Charities said it was not unusual for victims of modern slavery to end up on the streets after fleeing exploitation and warned that the new rules would make them even more fearful of approaching the authorities for help.

They said unscrupulous bosses could also use the threat of destitution and potential deportation to exploit workers, while people who were already homeless might feel pressured to accept unsafe or unfair work to avoid sleeping rough.

The Home Office said the safety of modern slavery victims was a priority and they would continue to get support including accommodation.

It said the government had provided over £700 million ($940 million) in funding to support rough sleepers this year and the new rules would not be applied until it had published guidance on their use.