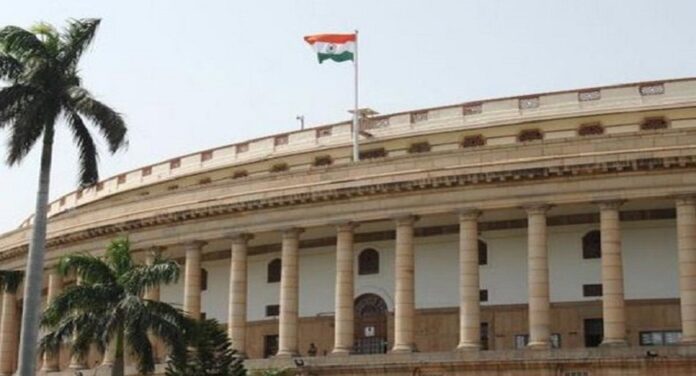 The Lok Sabha on Tuesday passed the Jammu and Kashmir Official Languages Bill, 2020 with voice vote, allowing Kashmiri, Dogri and Hindi, apart from the existing Urdu and English, to be official languages in the Union Territory of Jammu and Kashmir.

Speaking on the Bill, Union Minister of State for Home G. Kishan Reddy said that it was a demand of the people of Jammu and Kashmir that the languages they speak should be official languages of the UT.

Since 53.26 per cent of people in Jammu and Kashmir speak Kashmiri, there was a need to include it as the official language of the state, he said.

The minister added that people in Jammu and Kashmir speak as well as write Kashmiri, so there is no problem in including it as an official language.

As per the Bill, Kashmiri will be the official language along with four other languages — Dogri, Hindi, Urdi and English.

Reddy said that 26.64 per cent of the people in the UT speak Dogri, while Urdu, which is currently an official language, is spoken only by 0.16 per cent the population.

The minister said while the government is not against any regional language, the Bill gives importance to those 70 per cent people who speak Kashmiri and Dogri in the UT.

For the last 70 years, Urdu has been the official language of Jammu and Kashmir, he said, adding that 2.36 per cent of the population in the UT speaks Hindi.

Opposing the Bill, Hasnain Masoodi of National Conference said the Central government did not have the legislative competence to frame a Bill in this regard.

He said it is not a fact that only 0.16 per cent of the population in J&K speaks Urdu which is a link language between the Jammu region and the Kashmir Valley.

Participating in the discussion, Union minister Jitendra Singh said that he was surprised as the National Conference is opposing the inclusion of Kashmiri as an official language because his party ruled in the region for almost 60 years on the name of “Kashmiriat”.

“You have exposed yourself in front of Kashmiris by going against the language,” he said.

The Bill was later passed by a voice vote with Masoodi as the only Opposition member who objected to the draft legislation.

Union Home Minister Amit Shah later said in a tweet that it was a momentous day for the people of Jammu and Kashmir. “With this historic Bill…Long-awaited dream of the people of J&K comes true! Kahmiri, Dogri, Urdu, Hindi and English will now be the official languages of J&K.”

Under the Bill, Shah said that special efforts will be made for the development of major regional languages like Gojri, Pahari and Punjabi.

Along with this, the Bill will also strengthen the existing institutional structure for the promotion and development of regional languages.

Lauding the efforts of Prime Minister Narendra Modi for his commitment towards restoring the culture of Jammu and Kashmir through this Bill, Shah said that he wants to assure his sisters and brothers in Jammu and Kashmir that the Modi government will leave no stone unturned to bring back the glory of the erstwhile state.