Lohri is an important festival mainly celebrated in Punjab and Duggar Desh; is old as that the story of Indus valley civilization. It is observed the night before Makar Sankranti, and according to the solar part of the lunisolar Bikrami calendar and typically falls about the same date every year (January 13). The name Lohri came from the Lohita aeon.

It is essentially a festival of worshipping the Lord Indra via fire (Lord Agni). Agni is the mediator between the gods and mankind. Agni loves all his worshipers equally, and so is loved in turn by all of them. He visits everyone’s hearth, no matter if they are rich or poor.

The focus of Lohri is on the bonfire. A special type of offering is being made to Agni which is known as ‘tricholi’ in which rice is mixed with til, jaggery (gur), ground nuts and rewaris & is considered to be prayer to Lord Indra. People also have it as a prasad after offering it to the bonfire.
It is believed that when one offers these things to fire; one must make a wish and it gets fulfilled. Lohri is considered as the most sacred day for mitigating the ill influence of planets i. e. fire elements.

On the astrology aspects, Couples desirous of Santan Sukh can be blessed with a child by undertaking the Parikrama around the fire for 41 times. They should recite this mantra every time after completion of Parikarma.

Manglik Dosha is considered obstacle in marriage. It also brings misery and misunderstanding in domestic life. It can be rectified if the native performs 21 pheras around the bonfire and recite the following mantra each time:

Lohri marks the culmination of winter, and is a traditional welcome of longer days and sun’s journey to the northern hemisphere. Its celebration is a symbol of fertility and spark of life. This day also remark the memorizing the Daksha yajna and self-immolation of Maa Sati. 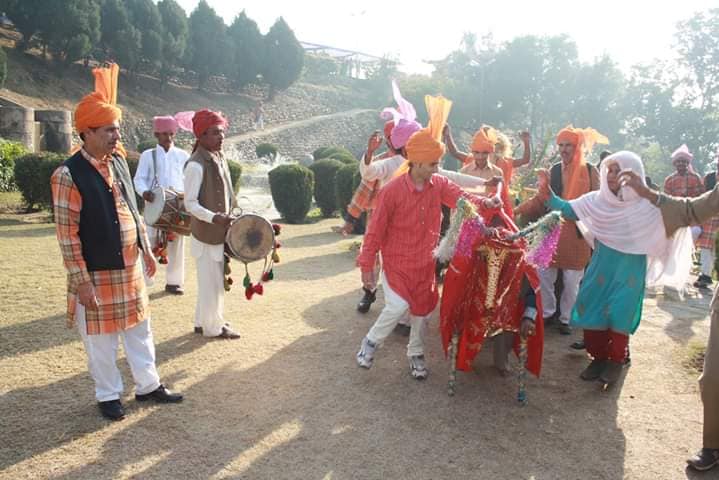 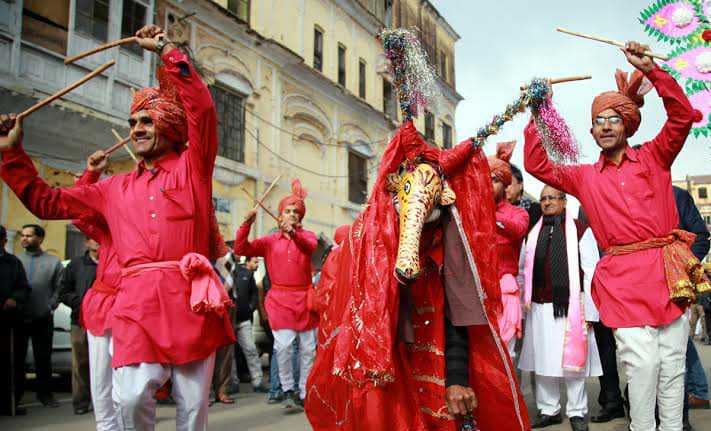 In Duggar Desh, a traditional dance called the ‘Chajja’ marks the celebration on the occasion of Lohri. Also, the celebration includes traditional carnival type theatrical performance called “Heeran” pronounced as Eerna. In ‘Eerna’ performance, the Eern (Deer) is the central character supported by a group of folk dancers in traditional attire. They start the procession by evening of that day and ends it by the dawn of the next.

The whole atmosphere of Dogra Land comes alive with people dancing in procession on the pulsating drumbeats. During the day children go around their neighbourhood singing folk songs and asking for treats. The children are welcomed in all houses and feed with sweets and candies. They are also given money. It is a special affair for families with new born babies and newlywed couples. Feasts are arranged for the people as Lohri is festival of fertility and is very important for the baby and new bride. The celebrations in these houses start since the morning with Dhol beats and dancing to mark the happiness. Excitement of the evening is combined with delicious preparations, festivity and bonfire rituals.