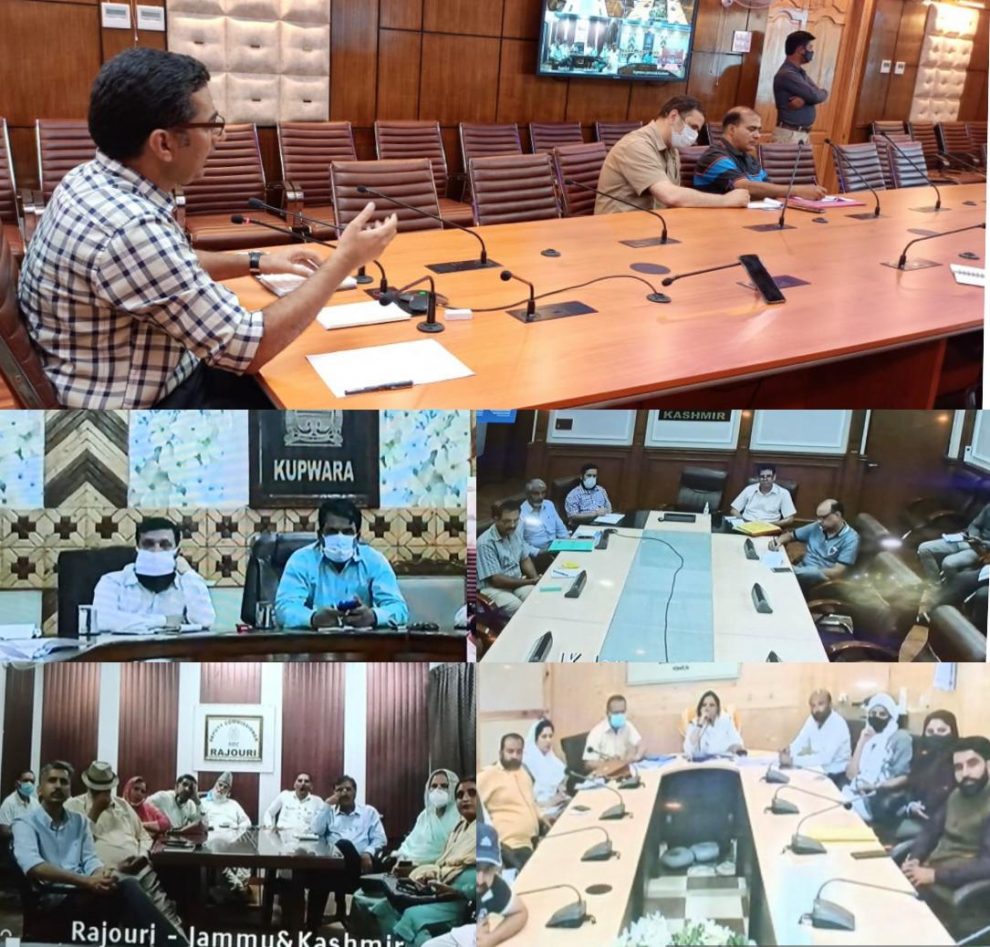 SRINAGAR, AUGUST 13: Tribal Affairs Department conducted a comprehensive workshop with District Development Councils of Baramulla, Kupwara, and Rajouri as a part of initiative towards expanding the reach and scope of tribal welfare schemes, convergent planning at district level besides sensitization about the procedural guidelines for availing tribal welfare grants.

Dr Shahid discussed about Integrated Village Development Scheme (IVDS) being launched for tribal villages with 500 or 50% population which replaces the SCA with TSS and Cluster Model Village. He had a detailed deliberation on status of Village Development Plan (VDPs) formulation under IVDS.

The members were informed that districts have to earmark funds under the District Capex budget as tribal sub-plan is ideally proportional to tribal population which constitutes “Tribal Sub-Plan” and such plans will be augmented by Tribal affairs department with adequate funding.

Further, it was informed that tribal affairs department is launching schemes for self-employment and entrepreneurship with skill development and livelihood for tribal youth for which beneficiary selection process shall be done through an open application system with active PRI involvement. They were also informed about planning process, components of DPRs, importance of timely submission of UCs and monthly updation of ADIGRAM portal mandatory for release of funds from Ministry of Tribal Affairs