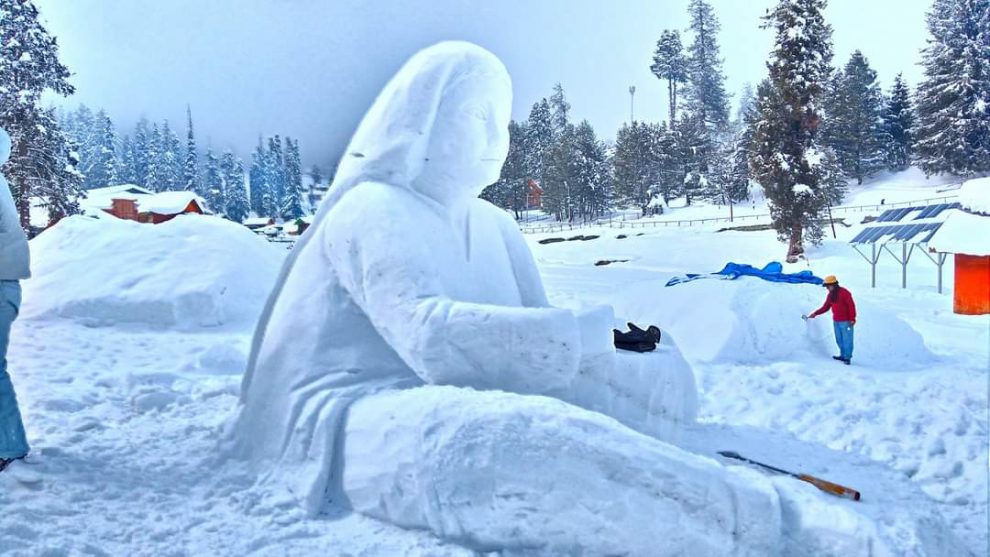 SRINAGAR: Ever since the guns have fallen silent on the Line of Control (LoC) after a new ceasefire agreement in February this year, tourism-related activities have gradually started picking up in the villages close to the border in three northern districts of Valley.

Trekkers, tourists, and locals have started thronging picturesque villages close to the LoC in Baramulla, Kupwara and Bandipora—something that has pushed the J&K administration to re-work on promoting border tourism in Kashmir. The February ceasefire pact between the two neighbouring countries has brought down the fear and unease of the past nearly three decades and led to the return of special occasions for the people living in the proximity of the LoC.

The LoC villages in Kupwara, Baramulla, and Bandipora districts in north Kashmir are gradually turning into a safe heaven for the trekkers, night-long camping, nature lovers, and sightseeing for both local and non-locals with a very cordial atmosphere without any fear or threat from either sides.

The representatives and officials from the three border districts stated that with the ceasefire along the fence and native people living at ease, the tourism activities have picked a pace in remote areas and people from different places have started to visit unexplored places and returning with a lot of memories and full of joy and happiness.

“Since last week of February, the atmosphere close to the fence has been very calm and even native people are having a complete sense of security as there is no shelling or threat”, representatives of three border districts said in one tone.

Raja Aijaz Khan, District Development Council (DDC) member Tulail in the Gurez sector said that they have put in a lot of efforts to boost the tourism activities in the unexplored places close to the LoC and even used social media platforms to attract tourists from different places.

“We also used social media platforms after the sector was facilitated with the cellular network to attract more people towards Gurez and hopefully more people are expected to visit in the months ahead”, Khan said.

He said that a mega Gurez Mela is scheduled to be held in the coming days and huge participation of visitors is expected and the event is aimed to attract the tourists in numbers and tell them what this beautiful place has to offer the visitors.

In the Uri sector, the representatives said that the higher ranges are proving to be heaven for the trekkers and campaigners, who visit these places with no fear and go to the points people have never been before, without any fear or threat.

Officials said that recently close to the LoC a mega event was witnessed in which the Mashaal (torch) was placed at Kaman Bridge in Uri appropriately and cultural events like Bhangra and Lezhim dance were organized to celebrate the arrival of Mashaal at the Kaman post also known as Aman Setu.

An official in the Kanah sector said that the vital Teethwal Crossing Bridge located on the Kishanganga river is acting as a point of peace between the two sides.

He said that the site is visited by lots of people from either side and is emerging as a tourist site especially after the recently agreed ceasefire between India and Pakistan.

“The peace and tranquillity as a result of the agreement are being appreciated by the civil population on either side of the line of control”, the official said.

He also said that the armies of India and Pakistan on recent Eid-ul-Fitr exchanged the sweets at Teethwal Bridge and reviewed the tradition. The locals said that a huge number of people visit the sector for sightseeing besides staying for a couple of nights to enjoy the natural beauty the area is gifted with.

Echoing similar views, the representatives from three border districts stated that the recent ceasefire agreement has brought an end to the woes and miseries of people living in the border areas—(KNO)