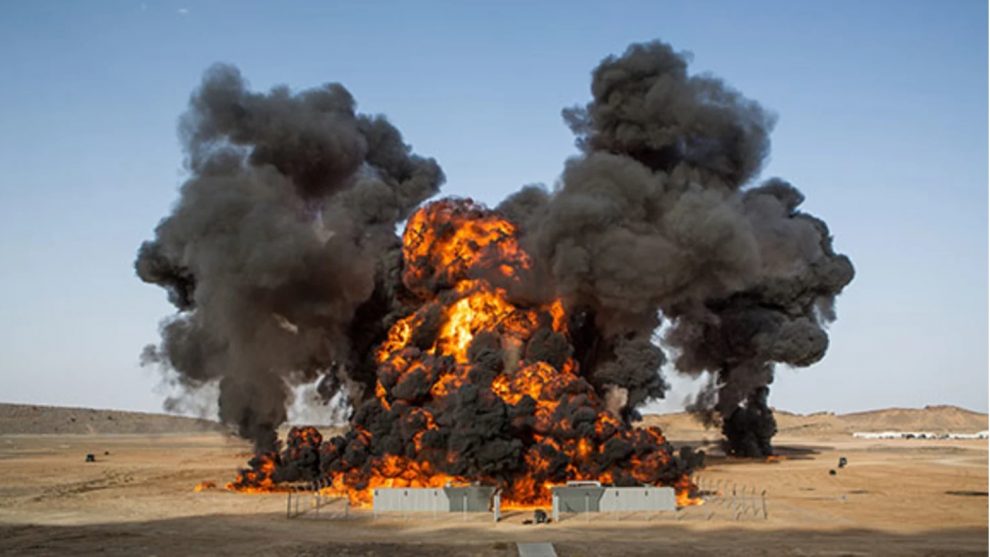 Srinagar: Liquid explosives appear to have returned to the militancy theatre of Jammu and Kashmir after 15 years with a consignment of three bottles of a white liquid recently being air-dropped by drones entering from Pakistan along the international border in Jammu, officials said on Sunday.

Director General of Jammu and Kashmir Police Dilbag Singh, during his recent interaction with the media in Jammu, had hinted at the recovery of some chemical explosives and the same being sent to a forensic laboratory.

Preliminary examination indicates it could be trinitrotoluene (TNT) or nitroglycerine, generally used in dynamites, but a final report was awaited, the officials said.

The liquid explosive material, white in colour, was packed in three one-litre bottles and was part of the consignment dropped by drones, which had taken flight from neighbouring Pakistan, on February 24.

After a thorough search, police recovered improvised explosive devices (IEDs), arms and ammunition, and these three bottles, along with detonators, the officials said, adding that the consignment was meant to be smuggled into Kashmir for terrorists or for possible use at a crowded market of Jammu.

They said Jammu has been a target of terrorist groups operating from Pakistan who want to trigger a communal clash in the city. So far, the Jammu and Kashmir Police has been able to thwart four such attempts.

The officials did not rule out the possibility that such explosives may have found their way into the Kashmir valley as some drone droppings, according to intelligence reports, could have succeeded.

Pakistan’s external swooping agency, the Inter-Services Intelligence (ISI), which has been providing tactical support to banned terror groups like the Lashker-e-Taiba, Jaish-e-Mohammed and the Hizbul Mujahideen, operating from across the border, has chosen the way of air-dropping weapons with the help of drones.

Liquid explosives were used by terror groups in South Kashmir during 2007, but after that, it was not seen during the decade of militancy that hit Jammu and Kashmir.

The officials said there had been intelligence inputs suggesting that Pakistan-based terror groups would now use liquid explosives.

This, according to the officials, can be seen as a bigger threat as such explosives can not be detected with conventional detectors or by sniffer dogs.