Common-pool resources are the resources made available to all for consumption and the excess to which can only be limited only at high cost.

Common-pool resources are disposed to overuse and are thus prone to “Tragedies of the Commons” which are present when individual interests as well as the group interests are in conflict.

For instance, fishermen face the temptation to harvest as many fish as possible, because if they do not, someone else will. Collectively, this leads to a tragedy of the commons, even though no one intended it and all realize that they would be better off if they avoided it.

However, the prediction made by the tragedy of the commons modelis that the individual’s interests will always come ahead of those of the group, and that is the reason they will not cooperate to formulate solutions to the tragedies.

The classic common pool problem in economics is explained with the impact of just one fisherman extracting more fish on the amount of fish in the lake is small, but if there are lots of fishermen doing the same, we have a problem.

Those who are thinking about fiscal policy, use it to describe the temptation a politician has to give tax breaks to specific groups. Those groups are very grateful, but these tax breaks are paid for (either immediately or eventually), by everyone else paying more tax.

The impact of any specific tax break on the tax of other people is usually so small that it is overlooked by these people. As a result, a politician can win votes by giving lots of individual tax breaks, as long as each one is considered in isolation.

The economists are fond of pointing out attractive welfare outcomes of the perfectly competitive model. They also concern themselves with analysing various forms of market failure.

The monopoly outcome is one such example of a market failure. However, it is quite possible to find market failure in industries that look like they should be competitive but somehow end up with less than stellar welfare outcomes. One such problem can be described as the Common Pool Resource Problem. It arises in situations where there is no market mechanism to exclude agents from accessing and utilising a valuable resource.

The managing of picturesque and historic landscapes and other background tourism elements is challenging because they very rightly are what property rights theorists call “common pool” resources.

These resources are categorized by exposure to overuse and resource damage and by lack of incentive for productivity-enhancing investment. The Property Rights theory describes three property rights regimes for managing such resources i.e., privatization, management by government, and common property regimes.

All three regimes are widely found in the case of tourism resources, and mixtures of regimes are frequently encountered. Common property regimes, which involve community control or reciprocal actions among individuals, appear to be the least common, yet such arrangements have interesting potential for addressing common pool problems. 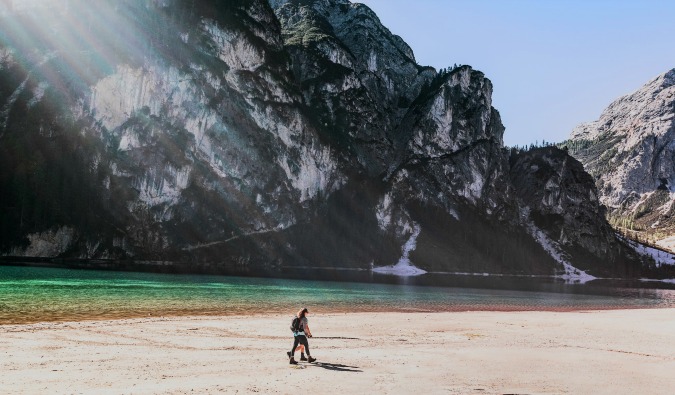 The interaction between tourism and natural environment is generally one of impact and dependency. On one hand, tourism generates impacts such as those associated with infrastructures (e.g. changing views and landscape), movement of people and vehicles (e.g. noise, air and water pollution) and over-utilisation of natural resources whereas, on the other hand, tourism is generally highly dependent on environmental quality.

The reason for this dependency is that tourism is the only sector that offers the natural environment as an important part of its product.

The exploitation by one user reduces resource availability for others and exclusion of additional users is especially difficult and costly. The users of these resources are caught in a process that leads to the destruction of resources upon which they depend. It has been entitled as “The tragedy of the commons”.

On the other hand, open-access can be explained as no entry and exit barriers in the industry. Under this scenario, firms enter into the industry when profits are earned and leave when there are losses. The entry of new firms may, however, be limited by restrictions such as land availability with the required characteristics for tourism accommodation facilities. Hereafter, it is assumed that these restrictions are not binding in the open-access equilibrium.

Nature-based tourism and outdoor recreation are increasing activities in rural environments, where their social and economic importance may exceed that of other livelihoods. In regions with public access to land, recreation is permitted widely in protected areas and commercial forests irrespective of their protection or ownership status.

These environments provide a wide range of activities such as nature observation, physical exercise, foraging for berries and mushrooms, fishing and hunting, and in many areas, also the use of motorized vehicles. Since nature-based tourism resorts are often located in the vicinity of protected areas, there is a need for multiple use planning, on one hand to fulfil recreational needs, and on other hand, to maintain the biodiversity values of the protected areas.

Environments are not equally suitable for different types of recreational activities.

Protected areas differ in terms of their protection level and the facilities concerning their use, which influence how they can be used for recreational purposes.

The classification scheme by the International Union for Conservation of Nature (IUCN) implies that some areas should prioritize biodiversity protection while others should also include recreation and the cultural and historical elements in the landscape.

The discrepancy or lacking relationship between people’s values and the assessed biodiversity values may lead to conflicts in conservation priorities, but on the other hand, it can be helpful to understand this aspect in order to better manage sensitive areas of high biodiversity that should be protected from excess recreational use.