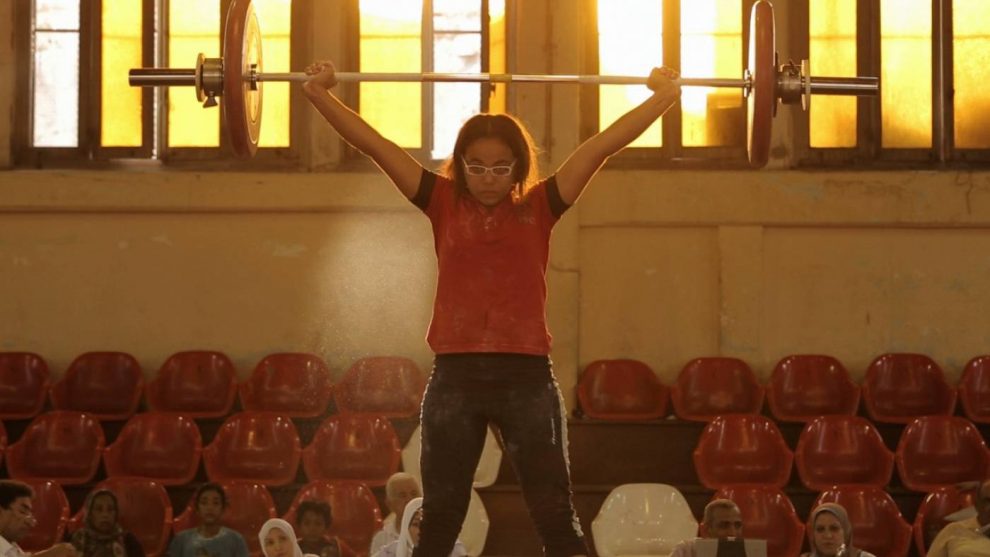 CAIRO, Dec 22 (Thomson Reuters Foundation) – On a busy street corner in the Egyptian city of Alexandria, an open-air training camp for female weightlifters has been inspiring women to reach the top of the sport for two decades – smashing taboos in the process.

It also inspired Egyptian filmmaker Mayye Zayed to spotlight women’s success in the male-dominated sport in “Lift Like a Girl”, a documentary that has won acclaim at international film festivals in recent months.

Zayed said she hoped her film would raise awareness about weightlifting among women and girls, and encourage more to follow their dreams – even if that means challenging gender stereotypes in socially conservative countries like Egypt.

“Usually the term ‘lift like a girl’ has a negative meaning, but our documentary is bringing a whole new meaning to the term – an empowering meaning aimed at inspiring current and future generations,” Zayed, 35, told the Thomson Reuters Foundation.

“In weightlifting, women usually do much better than men, but they are not given enough support,” she said, referring to the strong performance of her country’s female weightlifters in international competition.

But many women give up on their passion for the sport because they cannot afford it, or because of societal and family pressures for them to marry and have children, she added.

“Lift Like a Girl” traces four years in the life of Zebiba, a girl from Alexandria who started training at Captain Ramadan’s camp when she was nine, and follows her transformation into a fierce, medal-winning competitor.

The outdoor camp, which is located on a vacant lot surrounded by chain-link fencing, has been producing champion female weightlifters for more than 20 years.

“I was inspired by the winning of Nahla in the World Weightlifting Championship back in 2003 and from there I started my journey to know more about how she got there,” Zayed said.

“I went to the camp and I found a unique world that had no (financial) capabilities but produced champions who competed in world tournaments,” she added.

Captain Ramadan, a former Olympic weightlifter who used to bear the financial cost of the training himself and train girls for free, died in 2017.

“He was a great man who believed in equality and the right of women to follow their dreams regardless of any social stereotypes,” Zayed said.

Since his death, women weightlifters at the camp have started fundraising to help girls continue their training for free. Ramadan’s daughter Nahla and his son Nehad now manage the centre, which does not receive external funding.

Zayed is planning to go to schools and universities as well as conduct panel discussions and workshops to highlight the challenges women face in the sport, and hopes to drum up some extra funding for the cash-strapped camp.

According to the 2015 Global Gender Gap Index, Egypt ranks low in gender equity compared to other nations.

The Index, which measures disparities between men and women across countries, ranked Egypt 136th out of 145 nations.

“We are still struggling with the great challenge of women under-representation at workplaces in general and sport in particular – not to mention a sport like weightlifting,” said Randa Fakhr El-Deen, a women’s rights activist and executive director of the NGOs Union on Harmful Practices Against Women.

Celebrating women champions not only serves to inspire women, but helps erode gender stereotypes, she added.

“Lift Like A Girl” premiered at the Toronto International Film Festival in September and won the Golden Dove for Best Film in the German Competition, Long Film category, at the International Leipzig Festival for Documentary and Animated Film in October.

It also won three awards, including an audience award, at the 42nd Cairo International Film Festival, this month.