“Tattoos are like stories that affect the body for a lifetime. It’s considered as a West-style term, some form of modern mode, but that’s not how it is. Having a tattoo isn’t just a tattoo; it’s a complicated process to build your feelings or something that makes you stand out by the specific design or theme,” She said.   Also watch | Life Story: Abid Nabi, cricketer

Pooja is a Tattoo Artist and also a model which actually makes a perfect blend.

Things are moving and tattooed people in diverse occupations are more popular, including in many that you wouldn’t imagine a few years ago to see them. Current statistics suggest people are now becoming a lucrative profession not more biased against people with visible tattoos and tattoo making.

Pooja four years complete the tattoo making course. She understood this idea quickly and hence decided to make a lucrative career in it. Indian tattoo artists on the increasing circuit make a mark themselves, packed with world quality equipment, ink and expertise.

#LifeStory​ is a project conceived and run by The Dispatch to re-introduce the story of the people of Jammu and Kashmir through individual achievements attained by way of institutional engagements. #LifeStory​ is conceived as an endless series focused at introducing people to each other, and to the world, through the stories of their achievements –the achievements for them as individuals, for their local communities, regions, Jammu and Kashmir and the country. 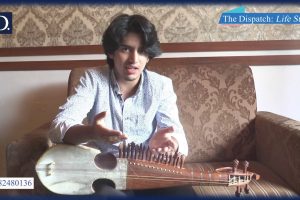 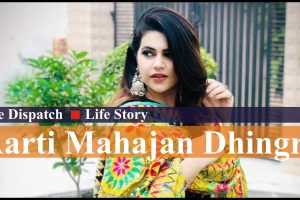