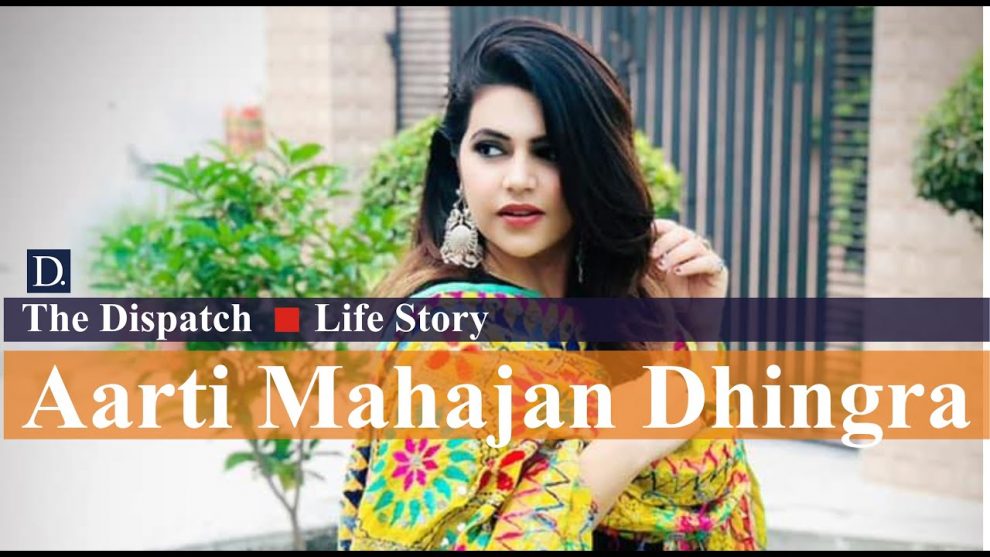 Jammu: Aarti Mahajan Dingra, is a fitness trainer and owner of ‘Shape and Smile-The fitness club.

“I was in third year of my college I realized that it wasn’t about the profession but the goal to be independent and self-sufficient that I should strive for,” Aarti said.

That led her to switch to the road paved by her father; business was the next step and so happened the pursuance of MBA.“Mathematics was not my subject after tenth, but I believe in achieving what I put my mind to; dropped a year, cleared the entrance and somehow made it through the course,” she tells.

Aarti decided to take up her father’s advice to get into field of fitness and start her own club. So after 5 months, left the hefty package and took the risk to be an entrepreneur. She elaborates, “I had never gone against the flow, I picked up every opportunity that came my way. But that doesn’t mean that I took anything for granted, instead I gave it all my dedication.”

At SNS, Aarti has come up with various innovative programs and events such as six days Belly Dance workshop by a Pune-based professional Belly Dance instructor, Arun Bhardwaj and various women oriented events on Women’s day. As of today, Aarti has organized more than 20 successful fitness events in association with Jammu Club and Amar Singh Club.

She has delivered guest lectures at various institutions such as Presentation Convent School, TBS Jammu University, SMVDU and so on. To add on, she has been special guest at MBS College of Engineering, for showcase of Zumba; at SOS school, Jammu on Drug addiction; at JD institute, on fitness; organized special Zumba classes for IIT Jammu Students and is also associated with Big 92.7 FM for spreading awareness about fitness in more than half a dozen episodes.

Aarti has interest in varying things and hence various pursuits. Arti is also a member of Core women Committee of Chamber of Commerce. She is recipient of ‘CNN-IBN Citizen Journalist award-2008’, ‘Young Women Achiever award in the field of Health & Fitness-2014’ and has recently been awarded by Indian Motorbike Company “Wheels of Change-Girl Child education-2017.

She also believes in contributing back into the society and therefore she does whatever she can, say, volunteering at Home for mentally challenged children, representing member of BJP’s Beti Bachao, Beti Padao campaign from J&K, organizing fund raising events at SNS through which she has so far sponsored 2 girls for higher education and other charity events.

#LifeStory​ is a project conceived and run by The Dispatch to re-introduce the story of the people of Jammu and Kashmir through individual achievements attained by way of institutional engagements. #LifeStory​ is conceived as an endless series focused at introducing people to each other, and to the world, through the stories of their achievements –the achievements for them as individuals, for their local communities, regions, Jammu and Kashmir and the country.