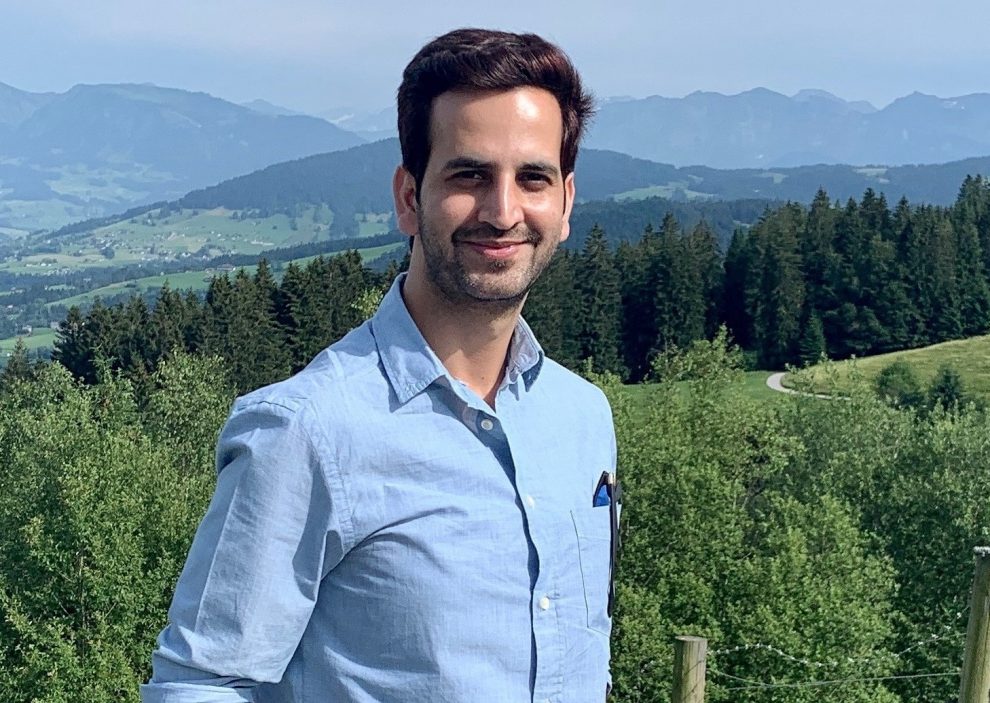 By now the matador had turned into a jumbo circus: nobody knew whose legs were beneath whose bottoms. Meanwhile pages of the newspaper circulated throughout the vehicle, from one hand to another.

Somewhere behind Samar’s seat, an argument broke out over an article on the editorial page. Samar turned and craned his neck forward and managed to see a few old black-and-white pictures of Nalah Maar on the page that had caused the argument.

The caption read: ‘It’s not Venice or Milan; it’s Kashmir of yore.’

Nostalgia had stirred some old hearts who were now debating whether the author of the piece had done justice to the stream’s lost charm. The old man sitting next to Samar took out a single-filter Four Square cigarette from his pocket and miraculously managed to light it in the crush without setting anyone on fire. As he took long drags from it, he said he was reminded of his first love affair on the banks of Nalah Maar, and how both his love and Nalah Maar had fallen prey to the rust of time.

Nalah Maar was a canal that often found mention in the legends Samar’s grandfather told him when he was a little boy growing up in Shehr-e-Khas. It used to run through old Srinagar and connected a lagoon to the famous Dal Lake. The stream was at its best during the reign of the fifteenth-century king of Kashmir, Zain-ul-Abidin, also called ‘Budshah’. It was considered to be the city’s lifeline. When snow melted at the start of spring, a stream of water would come down from the mountains and drain out through the canal. Nalah Maar protected Srinagar even during the great flood of 1903 while the upper town, including Amira Kadal and other areas, got inundated. The Maar was an important business centre and an easy way of transportation. All vegetables grown in the areas around the Dal lake would be transported through Nalah Maar to people’s homes. Samar had seen images from archives that showed tourists flocking the canal with boatmen offering them rides in the crystal-clear waters in doonga boats, floating past rows of Persian-style waterfront houses with flower beds.

The canal was filled up in the 1970s, long before Samar was born, to pave the way for a road through the old city. It had proved to be an ecological disaster for Srinagar, as it choked the lagoon and affected the entire water system of the city.

‘How would the Great King react if he saw the Maar today… Or maybe he already knows about the loss and is weeping in his grave!’ The old man next to Samar said and sighed.

As the matador drove over what was once the bank of Nalah Maar, the muddy water was visible only in patches—the only reminder of those once aquamarine waters with flowery banks and trout, a paradise for boatmen and their tourists. Amidst the roar of gushing waters, the fishermen would spread their nets to catch a few fish.

But those scenes belonged to a glorious past. Now, orange-feet ducks with dirty beaks could be seen marching on a mission, one following the tail of the other. The canal was choked with weeds, rubble, mossy stones and construction debris. There were carcasses of dead animals and scrawnypye dogs and vultures feasting on them. Everyone in the matador covered their noses for a while and turned their backs to the scene.

The matador stopped at the foot of Hari Parbat, near the shrine of the sixteenth-century Sufi saint Hamza Makhdoom Sahib, popularly known as Makhdoom sahib, Hazrat Sultan or Sultan-ul-Arifeen. The most faithful and resolute devotees climbed its steep, frosted stairs, seeking the blessings of the saint. Outside the shrine, Samar looked at the stone-carvers on the roadside. They were busy working on the stones, making them as smooth as possible. The smoothest among them were meant to be the tombs of the dead. Or of those who had just vanished into thin air: the disappeared of the valley. These were mostly young men whose whereabouts were known to no one, including their parents who would keep a close eye on the door, hoping they would return some day. The wives of these disappeared were called half-widows. People had built symbolic graves for these ‘disappeared’—men who, for those who loved them, were unalive, the undead.

Not far from the shrine was the martyr’s graveyard, with decades of dead bodies. Here, it seemed as if the dead had reincarnated in narcissus beds.

‘Sangtarash—Gpave Yard Stones’: this was what was written on a stall, which the stone-workers had temporarily raised on the roadside near the graveyard—and the spelling error went unnoticed. Like every other city, Srinagar too had mistakes on the hoardings all over. The errors reminded Samar of the historical mistakes committed by successive rulers of Kashmir. Like the filling up of Nalah Maar to lay roads rather than reviving the canal.

An old man, with his moustache dyed a pinkish orange, was standing next to Samar. He alighted from the matador at the next stop. While the man patiently waited for the conductor to return his balance money, the conductor continued chatting with the driver. Meanwhile, a few women boarded the matador, as did a person with a grave look on his face, carrying a heavy sack of eatables. He settled in the already over-occupied seat next to Samar. It wasn’t long before the fellow removed

a cucumber from his bag and took a big bite, the juice spraying all over Samar’s face. He did not bother to offer an apology and simply smiled.

Samar took out his handkerchief and wiped his face, stealing a quick glance at Rabiya who was settled comfortably in her seat, still reading.

It was 10 a.m. already. Samar was supposed to report for his test half an hour early, which meant he had to reach within the next half hour. The university was still quite far and Samar would also have to walk all the way from Rumi Gate to reach NaseemBagh, where the Law Department building was.

As the crowd started easing from the matador, Samar waved at a familiar face that suddenly became visible to him in the crowd. It was his neighbour, Sheikh Mubarak, standing at the other end of the matador. With some difficulty, Mubarak managed to reach the corner where Samar was sitting.

Mubarak ran a metal workshop near Samar’s house. He was in the habit of narrating interesting anecdotes from his life to anyone who would listen, even if it meant climbing over his neighbour’swall or boring the customers who came to his workshop. And if there was nobody around, he would send his daughter, Sana, to bring Pintoji, the neighbourhood simpleton.

But on most days, a matador ride gave Mubarak enough opportunities to discuss his life with fellow passengers who were mostly mere acquaintances or even complete strangers. Today he was discussing Sana’s prospects of getting admission at a good school.

Meanwhile, Samar was left to pay Mubarak’s fare as well: ‘Eight plus eight equals sixteen,’ Samar told the conductor, who was struggling to calculate. Mubarak shrugged, as if to say, ‘I’ll pay you later’, and continued talking about Sana.

Excerpted with permission from Life in the Clock Tower Valley: A Novel, Shakoor Rather, Speaking Tiger Books. Read more about the book and buy it here.

The Dispatch is present across a number of social media platforms. Subscribe to our YouTube channel for exciting videos; join us on Facebook, Intagram and Twitter for quick updates and discussions. We are also available on the Telegram. Follow us on Pinterest for thousands of pictures and graphics. We care to respond to text messages on WhatsApp at 8082480136 [No calls accepted]. To contribute an article or pitch a story idea, write to us at [email protected] |Click to know more about The Dispatch, our standards and policies
TagsLife in the Clock Tower Valley Novels set in Kashmir Shakoor Rather Speaking Tiger Books